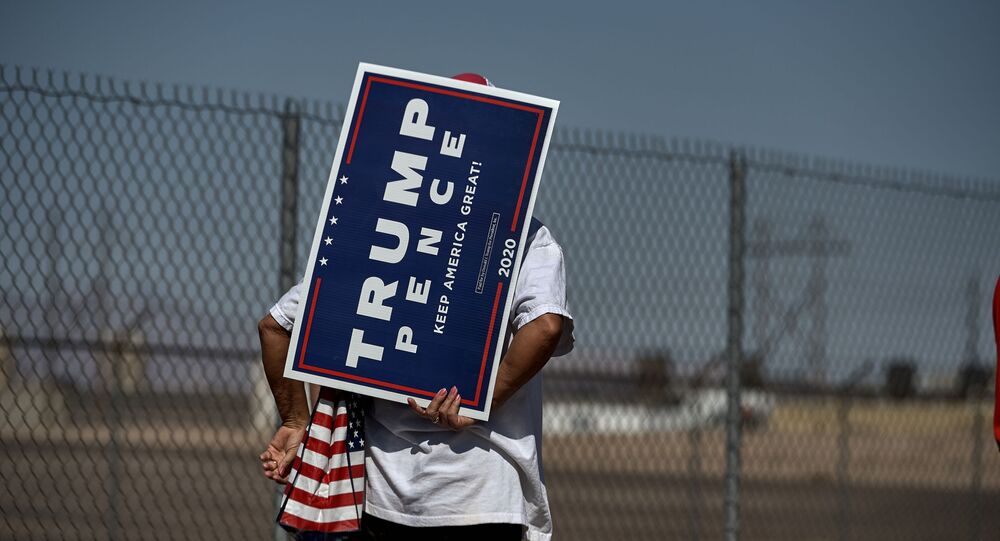 Police determined that the devices were small audible alarms designed to go off in a bid to prevent the possible removal of the Trump yard signs.

The Office of the Maryland State Fire Marshal (OFSM) said in a press release that the OFSM's Bomb Squad "has been busy" over the past 36 hours, "responding to suspicious devices" attached to yard signs, including those pertaining to President Donald Trump's election campaign.

The OFSM reported about at least five such devices that were seen being installed on the campaign yard signs located "in and around" the city of Easton on Sunday and Monday.

The OSFM Bomb Squad has been busy the last 36-hours with suspicious devices on campaign signs in Easton. Bomb Technicians have determined the devices are harmless & were small audible alarms, which sounded if the sign was removed. Details: https://t.co/YRXJrkiPmM pic.twitter.com/POretjkcGb

Bomb technicians later determined that the devices were harmless and removed what they described as small audible alarms attached to the rear of the signs with a removable pull pin.

"Once the pull pin is removed, an attached string line is pulled away, sounding the alarm. It appears that the purpose of the devices was to thwart the theft or removal of the sign", the press release pointed out.

The OFSM also stressed that all the signs were located in public areas, something that is prohibited under Maryland law. According to the office, although campaign signs do not require a permit they are banned from being installed on "public rights-of-way, road shoulders, or medians".

© AP Photo / Alex Brandon
'Don't Let it Dominate You': Trump Posts Video on COVID-19 Back at White House After Hospital Stay
The developments come a few weeks ahead of the 2020 US presidential elections, where Trump will face Democratic contender Joe Biden.

The Trump campaign ran into a roadblock last Friday, when POTUS announced that he and First Lady Melania Trump had caught COVID-19 and that he was going to Walter Reed Hospital for treatment.

Three days later, the US president was discharged, tweeting that he is "feeling really good" and that "we will be back on the campaign trail soon".