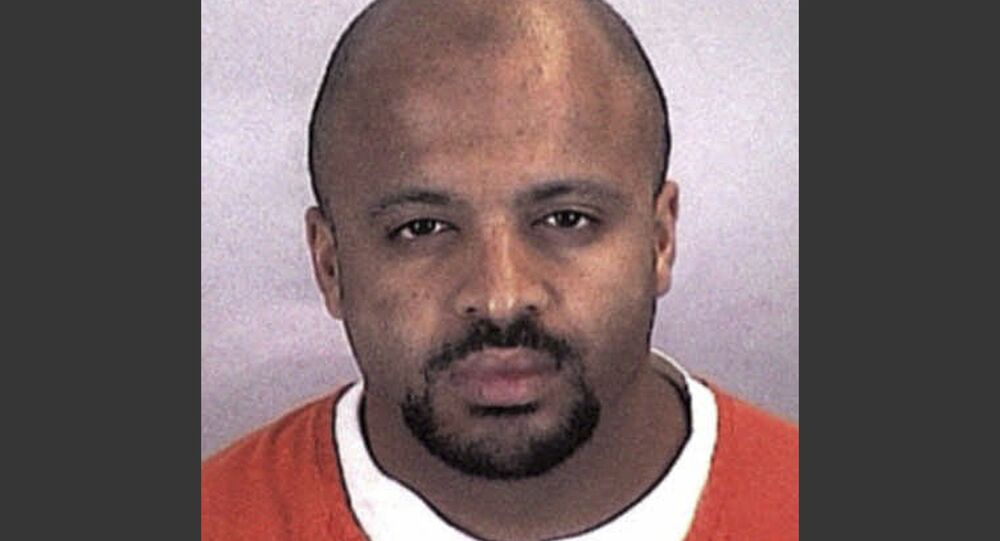 Zacarias Moussaoui, the only person convicted in the United States in the wake of the 9/11 terrorist attacks, frequently sues US President Donald Trump and other US officials, complaining about religious and psychological "tortures" he says he is undergoing in a supermax US prison.

A man who was convicted of conspiring with 9/11 attackers filed a lawsuit against top US officials, including President Donald Trump, accusing them of an alleged "cover-up" of the notorious attack, The Denver Post reported.

According to the report, Zacarias Moussaoui filed "20 handwritten, rambling petitions" in the US District Court for the District of Colorado, claiming that Trump, former New York City Mayor Rudy Giuliani, US Attorney General William Barr and over a dozen others are trying to "silence" him and "cover up" his information about those who are allegedly behind the attacks.

Moussaoui, convicted of being a 9/11 conspirator, pointed his finger at the Saudi royal family, claiming that they are responsible for the deadly attacks, and adding that the Trump administration is attempting to conceal the crime.

Moussaoui also complained about his conditions in the high-security supermax prison, saying that he has been racially and  religiously discriminated against and has received multiple death threats, echoing previous lawsuits in which he claimed to be the victim of ongoing "psychological" and "religious tortures".

The only person to be convicted in the United States in connection with the September 2001 attacks, Moussaoui pled guilty in 2005 to conspiring with the hijackers and received a life sentence.

While this is not his first lawsuit, all of his previous attempts to sue top US officials have been dismissed, as, according to The Denver Post, citing court documents, he failed to meet the filing requirements and has not paid court fees.

Moussaoui was detained on 11 September 2001, after Minnesota flight school employees became concerned of his stated desire to fly a Boeing 747 without a pilot's license.

On 11 September 2001, four passenger planes were hijacked by terrorists and piloted to destroy the Pentagon, the Twin Towers of the World Trade Centre, and another unknown location, killing and injuring thousands of people. The attack, resulting in just under 3,000 deaths, is the single deadliest terrorist attack in human history.

'I, For One, Will Never Forget': Osama Bin Laden's Niece Honors 9/11 Anniversary in Statement