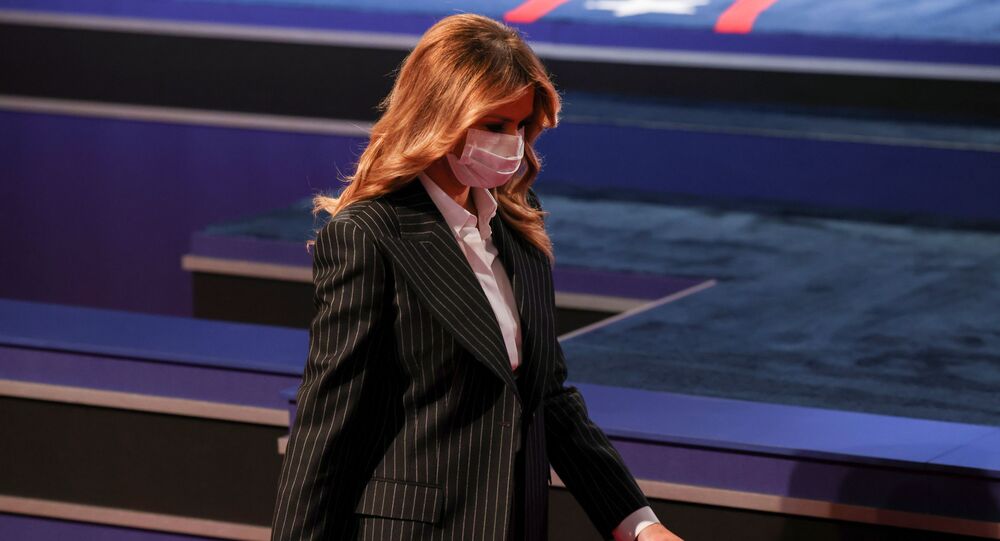 The comments were reportedly part of audiotapes recorded by the US first lady’s former senior adviser and best friend, Stephanie Winston Wolkoff, author of the newly published tell-all memoir ‘Melania and Me: The Rise and Fall of my Friendship with the First Lady’. Wolkoff worked in the White House between 2016 and 2018.

“Oh you didn't read it. . It was yesterday it came out. For Vogue. She will be in Vogue. Annie Leibowitz shot her,” Melania told Wolkoff.

In another recording, in response to a Wolkoff question about the source of the president’s “energy”, the FLOTUS claimed that Trump was “the most popular Republican president ever”, while praising the size of his base.

“He goes there and you see those people. He has such a base. He, you know, when he travels,” Melania says in the audio recording. “Of course - he's the most popular Republican president ever.”

Melania can also be heard complaining about a “liberal” media for not covering her husband’s events and meetings with supporters across the country.

“The media, it's only liberal, so it's not out there but when you go to the middle of the country everybody's like ... even when I travel and I go places everybody's like amazing, right?” she said.

The FLOTUS also celebrated a “great economy” in the US and crowed about how Americans “have jobs” under the Trump administration.

While both recordings are undated, they are likely to have been made at some point before February 2018, as Wolkoff was fired from the White House by that time. In addition, Daniels appeared on the cover of Vogue in August of that year.

Daniels, whose original name is Stephanie Clifford, claims to have had an affair with Melania's husband, Donald, in 2006. She was paid hush money to remain silent about it, although Trump and his lawyers denied the event ever occurred. She also allegedly signed a non-disclosure agreement (NDA) following the payment.

In 2018, the former adult film actress sued the president to end the NDA deal. Later, the two sides reached a new agreement outside the courthouse, and the original suit was dismissed. In August, a Califonia judge declared Daniels the winner in the case, ordering Trump to pay an additional $44,100.

In the tell-all ‘Melania and Me: The Rise and Fall of my Friendship with the First Lady’, Wolkoff claims that Melania was not upset by her husband's alleged affair with the former adult film worker, arguing that, "It's just politics".

On Thursday, a batch of excerpts of Wolkoff’s conversations with Melania was played on CNN’s ‘Anderson Cooper 360’ show. In one of the recordings, the first lady is heard to say “give me a f***ing break” while venting her frustration at being slammed for her husband's unpopular policy of splitting up families of undocumented immigrants.

Melania also reportedly complained that she was tired of performing traditional FLOTUS tasks, such as decorating the White House for Christmas.

“They say I'm complicit. I'm the same like [President Trump], I support him, I don't say enough. I don't do enough,” says FLOTUS, according to a recording. “Where I am. I put - I'm working like a - my a** off - at Christmas stuff that you know, who gives a f*** about Christmas stuff and decoration? But I need to do it, right?”

Wolkoff, a former pal of Melania's, served as a senior aide to the FLOTUS in the period between December 2016 and February 2018. Wolkoff was let go from her position at the White House after reports that her company had illegally profited from its work on the January 2017 Trump inauguration.

The author claimed that she began recording her conversations with Melania for her “protection” as she was about to depart the White House.

“I only started pressing record once I had already been severed and accused of criminal activity,” Wolkoff said. “I really didn't plan on ever playing these tapes or ever releasing them because they were for my protection.”