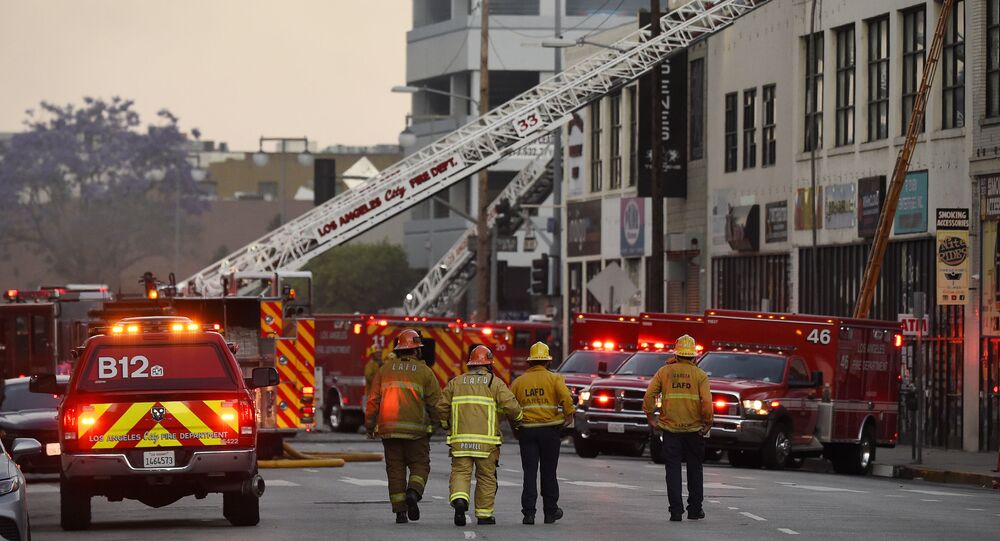 At Least Three Dead, One Injured After Building Collapse in Houston

An incident near the Houston CityCentre shopping district saw firefighters flock to the area after multiple floors of a building under construction collapsed down onto each other.

Three have been killed and another injured on Monday following a partial building collapse in west Houston, local officials said.

The incomplete 15-story building is said to be located on the 990 block of Town and Country Boulevard, near the intersection of Interstate 10 and the Beltway, the Mail Online reports.

​The incident took place at about 1:30pm local time. According to footage captured by Click2Houston, the second floor of the building fell through onto the first.

The Houston Fire Department tweeted that they had responded to the scene.

@HoustonFire Dept. Technical Rescue Team is actively responding to a #buildingcollapse in West Houston. Three confirmed fatalities, one victim transported to nearby hospital in stable condition. HFD asks for thought and prayers for the victims and their family. @FireChiefofHFD pic.twitter.com/goGiZ4Fnso

​According to the Houston Fire Department, a newly constructed stairwell looks to have fallen in on multiple floors. Officials neutralized fears that the building itself would collapse, but areas surrounding the stairwell may still be unstable.

Three people at the scene have been pronounced dead, while a fourth was taken to the hospital in stable condition with unknown injuries.

An unnamed worker at the scene told KTRK that they were on the ground floor when the stairwell collapsed.

"Out of nowhere, I hear a loud banging sound", the worker told the network.

Assistant Fire Chief Ruy Lozano said that the structure remains unstable for a rescue team at the scene who are waiting to oversee a search of the wreckage to ensure that no one else is inside.

Currently, it is not known if those killed were construction workers. According to KHOU11, all of the 240 workers at the site have been accounted for.

The collapse appears to have occurred at the One MRO Project Building, formerly the Marathon Oil building.