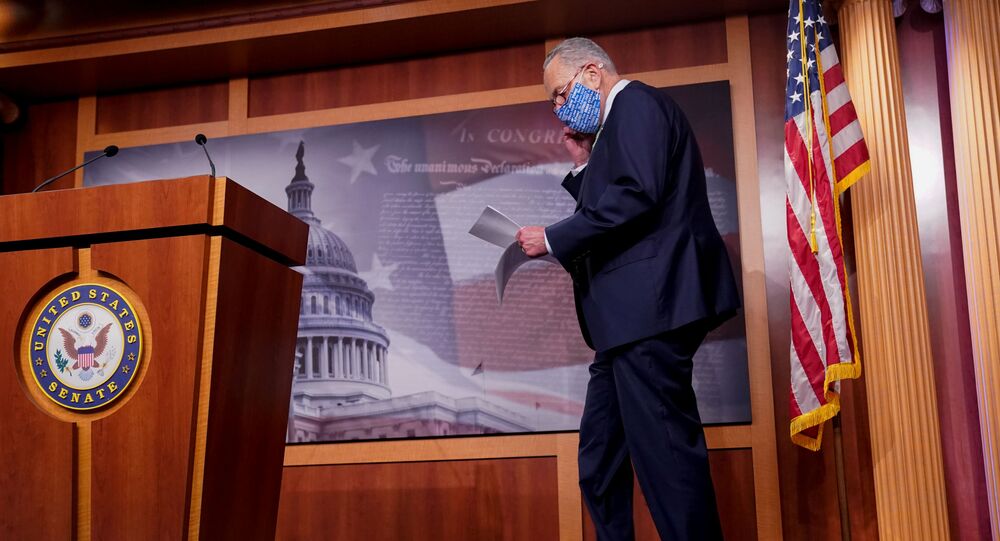 Politicians close to the White House have been infected or fear being infected with coronavirus after attending meetings held by President Donald Trump, who, among other officials, has also tested positive for COVID-19.

Senate Minority Leader Chuck Schumer has called on the Senate Judiciary Committee to postpone hearings for a Supreme Court nominee due to a coronavirus outbreak among Republican senators.

On Saturday, Senate Majority Leader Mitch McConnell announced that Senate floor activity will be delayed until 19 October, adding though, that committee work, including confirmation hearings for US President Donald Trump's Supreme Court nominee Amy Coney Barrett, would continue to take place as scheduled.

Senate floor proceedings will be postponed until October 19th. The @SenJudiciary confirmation hearings for Judge Barrett’s nomination to the Supreme Court will convene on October 12th as scheduled by Chairman Graham. My full statement: pic.twitter.com/7ThKZPJBZG

Earlier, Republican Senators Mike Lee and Thom Tillis, who are both members of the Judiciary Committee, and also Ron Johnson, confirmed they have contracted the novel coronavirus.

Democrats have insisted that a replacement for former Supreme Court Justice Ruth Ginsburg, who passed away due to cancer complications, should be nominated only after the 3 November election takes place and the new president is inserted.

After Trump nominated Barrett to replace the late Justice Ginsburg, Biden released a statement urging the Senate not to approve the nomination before the election. In an interview on ABC News' "This Week", House Speaker Nancy Pelosi admitted to not ruling out launching impeachment proceedings against President Trump in a bid to prevent the Senate from voting on the Supreme Court nominee.

President Trump, however, said that it is within his powers to put forward a nominee since he is the sitting President. "We won, and we have an obligation as the winners to pick who we want. That's not the next president", Trump said.

Earlier, McConnell also said that a vote on Barrett's nomination would take place regardless of criticism by the Democrats.

Appointing Barrett for the position would expand the Supreme Court's conservative majority to 6 justices.