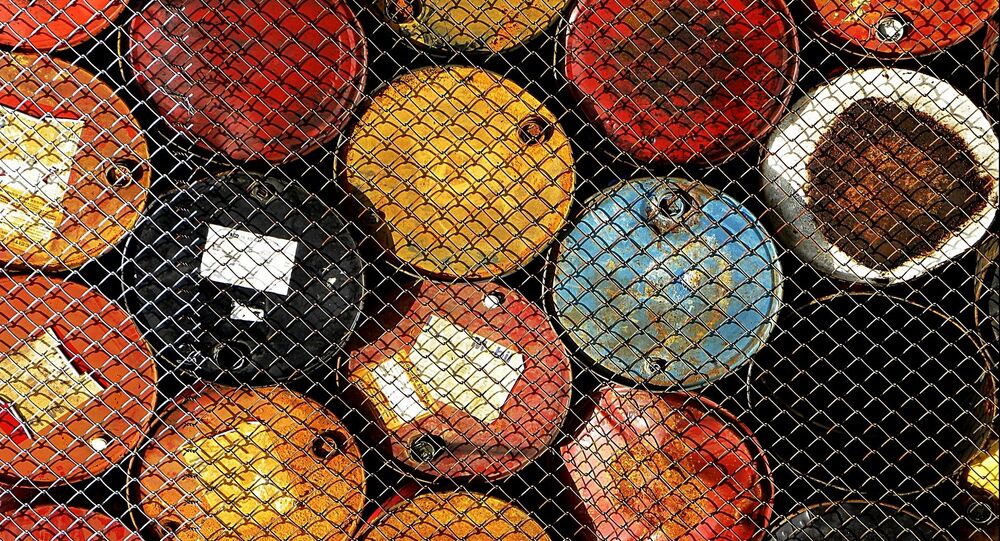 News that Donald Trump has contracted COVID-19 is fraught with a plethora of implications, as speculations circulate regarding the future of the ongoing presidential race and POTUS’ reelection chances under the new circumstances.

Donald Trump’s recent announcement that he and the First Lady have tested positive for COVID-19 has been feeding into the heightened uncertainty over the outcome of the November presidential election in the US.

Earlier, polling indicated that Joe Biden stands a chance of triumphing over Donald Trump in the Electoral College, with the Democratic nominee showing a national lead at 13 points over the US President in a post-debate survey from CNBC released on 1 October.

Tonight Debate made you think...

​The new developments have triggered speculations on the potential fallout from a Biden win. If the Democratic nominee were to win the presidency on 3 November, his party might even claim a majority in the currently Republican-controlled Senate, giving it full control of Congress.

The oil market has up until now shown but a muted response to the prospect, writes the Financial Times.

After the plethora of developments that shook the oil industry in 2020, which was characterized by a virus-induced collapse of global crude demand and sub-zero prices, traders, writes the outlet, have been holding back from considering other potential “threats” the year might bring.

Nevertheless, quite specific possible outcomes are suggested if Joe Biden is installed in the White House.

What Could a Biden Win Entail?

While Joe Biden’s energy policy is not entirely clear to hedge fund executives, who are also reluctant to trust the current polls suggesting Trump is trailing the former Vice President, they are reportedly eyeing two potential impacts for the oil market and the industry from a Democratic win in November.

Firstly, Biden has vowed that if elected to the White House the country would rejoin the Paris climate deal. Trump withdrew from the agreement citing it was an "unfair economic burden" on Americans. The US President has asserted that the Paris deal works at the detriment of the United States relative to other large emitters.

Biden's campaign pledges include a $2tn plan to eliminate all greenhouse gas emissions from the US electricity grid within 15 years, decarbonising American electricity generation by 2035 and significant infrastructure investment for transport electrification. However the costs of implementing the ambitious project are hard to foresee, particularly the wide-scale impact on America’s oil and natural gas industry, which supports 10.3 million jobs in the US and accounts for nearly 8 percent of the nation’s Gross Domestic Product.

While the Trump administration has been on a mission to shore up fossil fuels, disposing of rules on pollution and emissions to prop up the industry amid an economy spiraling into recession due to the pandemic and millions of people getting laid off, a Biden win might see all of this reversed.

© AP Photo / Hasan Jamali
In response to the high cost of US shale, Saudi Arabia has been selling its massive stockpile of crude oil at rock-bottom prices.

Another suggested geopolitical outcome of a Biden administration in the White House that might have direct impact on oil is the fate of the OPEC-plus deal.

The unprecedented agreement helped to restore crude prices earlier this year after a sharp drop in oil demand amid global coronavirus lockdowns, and an ensuing price war between OPEC and non-OPEC countries.

On 12 April, 24 OPEC+ nations concluded a deal that obliged the signatories to reduce crude production by 9.7 million barrels per day in May and June.

At the time, reports claimed that President Trump pressured Saudi Crown Prince Mohammed bin Salman to go along with the production cuts and prop up the market or face US lawmakers adopting legislation to withdraw US troops from the kingdom.

As the deal came into force, prices climbed off the floor, with Trump taking credit for “rescuing the shale patch”.

Analysts suggest that for Biden, keeping OPEC cuts intact would not have been a priority, as his administration would reportedly be more focused on the “clean-energy revolution”.

On the issue of Iran, Biden says he wants to rejoin the Joint Comprehensive Plan of Action known commonly as the Iran nuclear deal with Tehran that President Trump ditched in 2018.

The Democratic Party nominee worked on the nuclear deal as vice president under President Barack Obama.

Theoretically, Biden as president might end US sanctions on Iran’s oil exports within days, writes the FT.

Biden has contended that Trump's policy of "maximum pressure" on Iran has "badly backfired," serving only to provoke Tehran and undermine stability.

Throughout his campaign, Biden has said he is ready to pursue a more diplomatic course with Iran, and if it resumes compliance with its obligations, have the United States rejoin the JCPOA.

"There is a smart way to counter [Tehran] -- and a self-defeating way. Trump's approach is demonstrably the latter," Biden said in January.

Such developments, believe analysts, might have far-reaching repercussions for the oil markets.
Kevin Book, head of research at Clearview Energy Partners, a Washington consultancy, believes that Biden’s Iran policy may “seem more accommodating than it really is”.

Nevertheless, he suggests that a reversal of the US current tough policy on Iran would see its oil production soar. This, in turn, might inundate the currently oversupplied market for crude.

Looking ahead, the outlet expresses concern that without US pressure on Saudi Arabia to maintain cuts, it would be unlikely to hold back production.

Other oil producing states might follow suit to expand oil supply. One way or another, after the November elections the oil industry might have to come to grips with a new reality.

Trump's COVID-19 Diagnosis: How Can it Affect POTUS' Reelection Campaign?