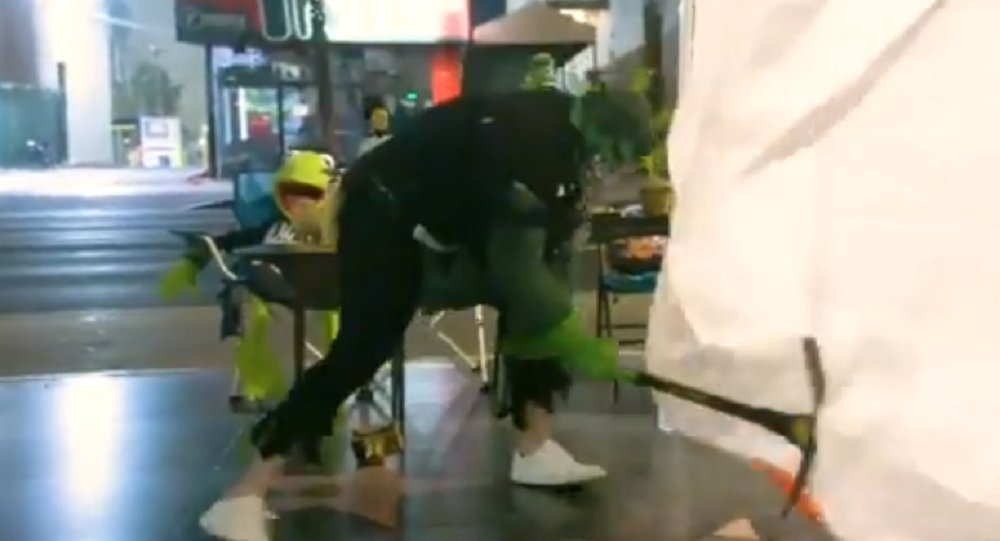 The ill-fated Hollywood Walk of Fame star has suffered numerous attacks over the past four years after its owners' ascension to power and the presidency. The timing of the latest vandalism act comes hours after the US president announced his wife and he had been diagnosed with coronavirus.

A man dressed as the Incredible Hulk, Marvel's iconic short-tempered superhero, destroyed Trump's star on the Hollywood Walk of Fame with a pickaxe Friday morning, TMZ news outlet has reported citing sources in the police.

A video of the act has been shared on Twitter. The costumed individual was filmed violently smashing the star until it was completely defaced.

​The beleaguered star, which was inaugurated in 2007, has been under attack multiple times over the course of the past four years. The star has been jackhammered, smeared with graffitis and stickers, placed behind symbolic bars and enclosed by a tiny wall. At some point, a golden toilet with the words "take a Trump" written on it appeared next to the star.

The latest vandalism comes just hours after President Trump announced he had contracted the coronavirus, along with his wife Melania. They have both self-quarantined and cancelled their planned engagements and are currently undergoing treatment.