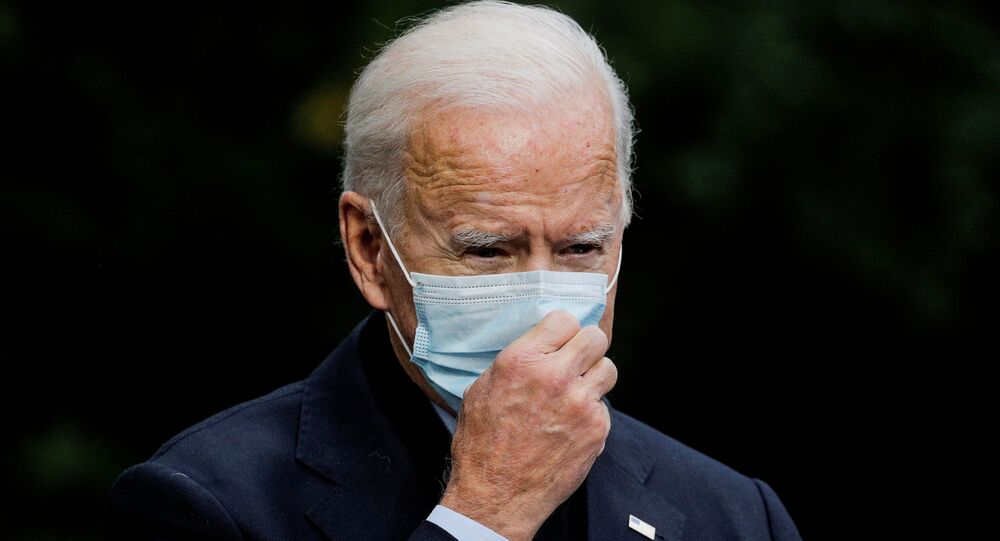 WASHINGTON, October 3 (Sputnik) - A legal team representing teenager Kyle Rittenhouse, who shot and killed two people during riots in Kenosha, Wisconsin, in August, is demanding that Democratic presidential nominee Joe Biden take down a video depicting their client as a white supremacist, according to a letter from the Lin Wood legal firm.

The lawyer said in the letter on Friday that Rittenhouse demands Biden and his campaign to immediately issue a full retraction and a public apology.

"There is no evidence whatsoever that Kyle Rittenhouse is a white supremacist either, and he is not... I hereby demand on behalf of Kyle that Mr Biden and his campaign (1) immediately take down the video from all places that he has published it such that it can no longer be viewed from its source", the letter said.

Biden and his campaign put out a video on Wednesday that shows an image of Rittenhouse along with images of violence and disorder presumably committed by white supremacists.

17-year-old Kyle Rittenhouse has been charged with fatally shooting two people and injuring one during anti-racism and anti-police protests in Wisconsin in August. According to Rittenhouse, he opened fire when protesters attempted to attack him while he was fleeing.

Commenting on the events, President Donald Trump said that Rittenhouse was violently attacked by protesters and could have probably been killed.

Violent protests that turned into riots erupted in Kenosha after a police officer shot 29-year-old Jacob Blake Jr, an African American man, in the back seven times and left him paralysed.