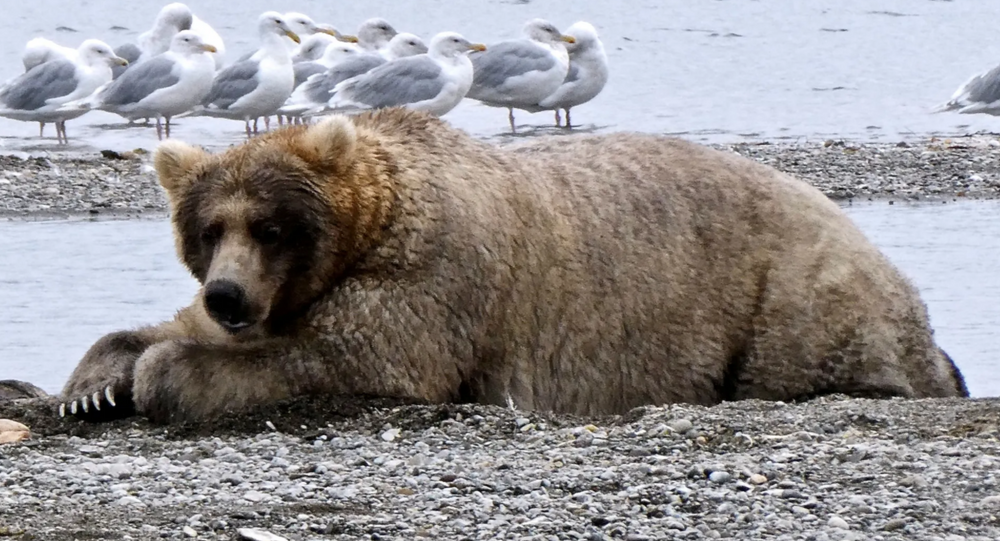 For those already fed up with the US presidential election, fret not, for there's another contest you may want to turn your eyes to as netizens attempt to determine the “thickest” bear in one of America’s national parks.

Big is definitely beautiful as the public participates in voting for the brown bear carrying the most pounds before hibernation in Alaska’s Katmai National Park with the annual Fat Bear Week competition, which began Wednesday.

The Guardian reports the event’s website lists 12 contenders - including last year's champ, Holly, nicknamed the "Queen of Corpulence"; Otis, a two-time winner and "master of patience and efficiency"; and a bear with the appropriate name of Chunk. Voting is taking place this week on the heavyweight contenders, who have been separated into March Madness-style brackets. The winner will be selected on October 6, or Fat Bear Tuesday.

Friday’s round of voting features a faceoff between bear 151, known by the US National Park Service (NPS) as “big bootied” Walker, and bear 856, a contender that has the advantage, the NPS said, of “overbearing obesity.”

Voters can make their choice by viewing the six webcams set up around the Brooks River, where the bears have been gorging themselves on salmon for months.

"Their winter survival depends on accumulating ample fat reserves before entering the den," the contest website says. "Katmai’s brown bears are at their fattest in late summer and early fall after a summer spent trying to satisfy their profound hunger."

As a result of a pre-hibernation process called hyperphagia, it is currently impossible for the bears to feel full, meaning they can easily pack on hundreds of pounds, the Guardian noted. Some of the portly predators will be weighing in at more than 1,000 pounds by mid-October. Around a third of a bear’s body weight can be lost during hibernation.