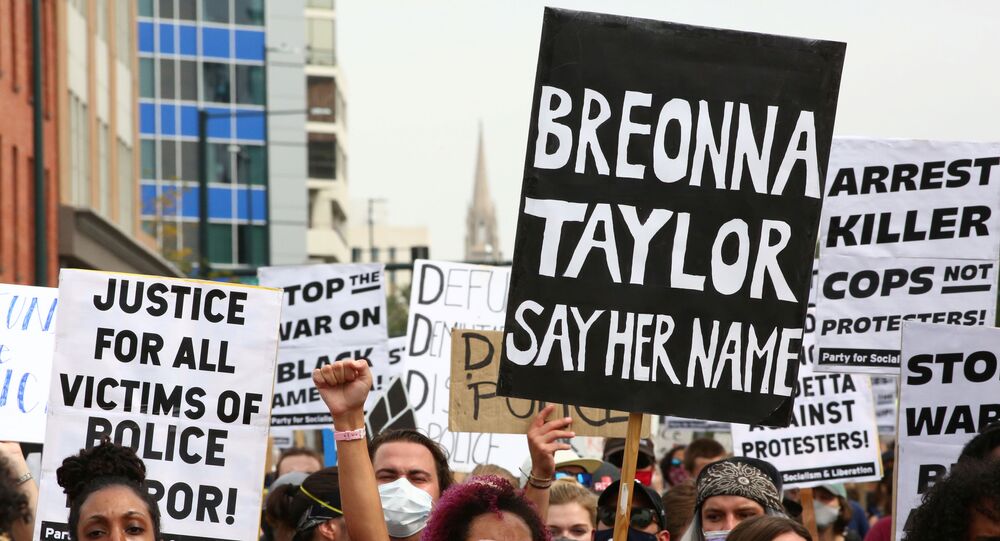 The recent release of grand jury records on the Breonna Taylor case has highlighted a number of new questions surrounding both the police operation that killed Taylor and Kentucky Attorney General Daniel Cameron’s overall handling of the case.

Cameron’s office released redacted versions of some 20 hours’ worth of audio files from the grand jury proceedings on Friday.

This came as a court-ordered response to the Monday filing of a motion which accused the attorney general of misleading the public following the announcement of charges on September 23, which resulted in the arrest of ex-Louisville Metro Police Department (LMPD) Det. Brett Hankinson on three counts of first-degree wanton endangerment.

Cameron was afforded a two-day extension in releasing the documents on Wednesday, despite requesting a seven-day delay.

Despite obtaining a “no-knock warrant” from Jefferson Circuit Judge Mary Shaw, LMPD officers allegedly knocked and made their presence known upon arriving at Taylor’s home on March 13, according to accounts from inside the department.

“We were asked repeatedly ... during the briefing that this was a, what I like to call, a soft target,” LMPD Det. Myles Cosgrove said, as reported by WAVE. “We were asked ... to please knock and announce, and to use our maturity as investigators to get into this house ... to not basically hit the door. Even though they had a no-knock warrant signed.”

Kenneth Walker, Taylor’s boyfriend, claimed that he did not hear authorities announce themselves.

The NAACP Legal Defense and Educational Fund, which is a separate entity from the NAACP, has declared that it will be conducting its own review of the recordings.

Cameron’s release comes alongside the FBI and US Department of Justice’s joint probe “into all aspects of the death of Breonna Taylor.”

The LMPD Professional Standards Unit is also investigating the no-knock raid for any possible policy violations. Det. Joshua Jaynes, the LMPD officer who sought the search warrant for Taylor’s apartment, is one of six cops at the center of the probe, according to department spokesperson Sgt. Lamont Washington.

“Were drugs money or paraphernalia recovered from apartment 4? ... The answer to that is no,” testified Herman Hall, an investigator with the Kentucky attorney general’s office.

“They didn’t go forward with executing the initial search warrant that they had for Breonna Taylor’s apartment.”

During an interview with investigators, Cosgrove said that his “brain was kind of, like overloaded” after the three cops initially barged into the apartment. He went on to claim that he had tunnel vision, as if he was looking through “a periscope or binoculars.”

“I still see these vivid white flashes, and I don’t see darkness anymore but I am seeing this vivid flashing, and I’m starting to see the bigger picture,” the officer recounted.

It appears as if both officers are violating LMPD standards and procedures, which state that officers involved in a critical incident should be “isolated from all non-essential individuals for the remainder of the initial investigation.”