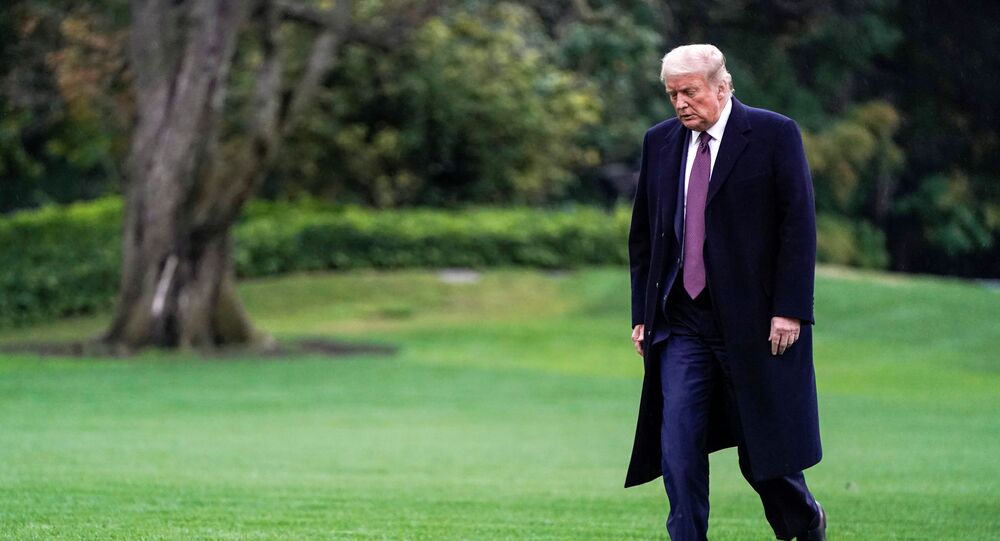 The topic of white supremacy was brought up during an interview today following remarks Trump made at the first presidential debate against Joe Biden in Cleveland.

US President Donald Trump said on Thursday that he denounces all white supremacists, mentioning the "Proud Boys".

"Are you willing to condemn white supremacists and militia groups and say they need to stand down and not to add to the violence in these cities as we saw in Kenosha and in Portland?" Wallace asked Trump. The president replied that he is ready to do that but then shifted to criticising left-wing groups, apparently suggesting they have been more active in the US recently.

"Sure, I'm willing to do that. But I would say almost everything I see is from the left wing, not from the right wing", the president said.

As the speech grew into a spat with the former vice president, Trump asked, "Who do you want me to condemn? Give me a name", Biden snapped, "Proud Boys".

Biden said that Antifa is "an idea, not an organisation", to which Trump replied, "When a bat hits you over the head that's not an idea", adding that "Antifa is bad".

I want to defend & preserve our nation’s historic values. Our opponents stand with rioters – I stand with the heroes of Law Enforcement. Biden says Antifa is just an idea. Ideas don’t assault cops & burn down buildings. Antifa is a domestic terrorist org. pic.twitter.com/ZSnRJ8DaQo

The "Proud Boys", which describes themselves as a "Western chauvinist" fraternity, has been protesting among others in the United States recently and engaged in clashes with protesters from the left.

Following the debate, Trump campaign Communications Director Tim Murtaugh defended the president, pointing out that Trump has been repeatedly asked to condemn white supremacy publicly and that he has denounced it "over and over and over again".

​He also said that just days ago, Trump designated the KKK a terrorist organisation, which is a certain representation of his stance on the issue.