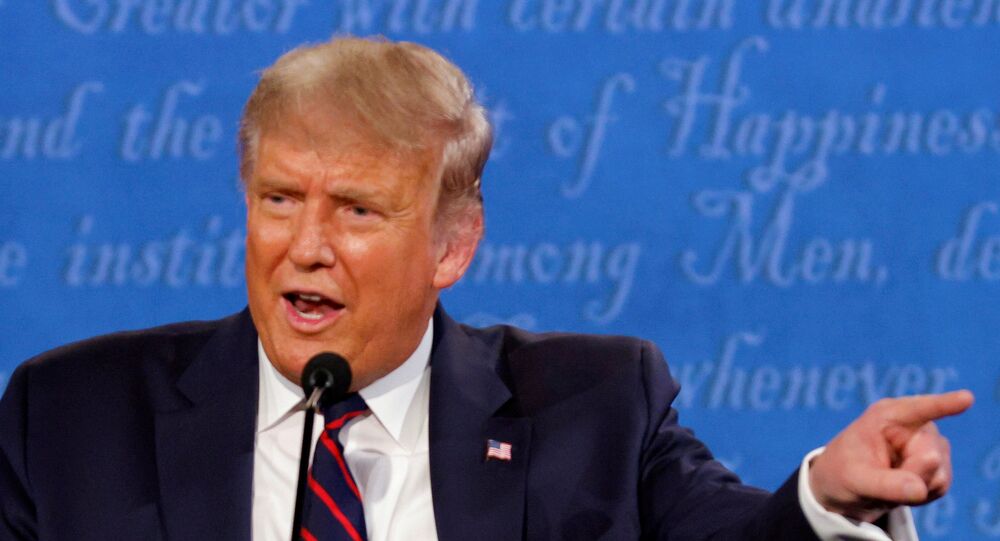 WASHINGTON (Sputnik) - US President Donald Trump wants to participate in the next presidential debate but does not want the rules changed simply to cover for his rival's inability to perform, White House spokesperson Kayleigh McEnany said on Thursday.

"First, with regards to the commission rules changes, the president made it clear his view on that yesterday that he thinks the only way there is a fair debate is changing the moderator and is changing the Democrat nominee", McEnany said at a press briefing. "He wants to debate. He plans on being at the debate but he wants the rules to be fair, and wants a fair exchange, and doesn’t want rules that cover for a certain candidate’s inability to perform well."

The US Commission on Presidential Debates on Wednesday said it will change the debate format in light of issues observed during the first contest. On Tuesday evening, Trump constantly interrupted Democratic presidential nominee Joe Biden during their first of three debates.

The first debate has been widely criticised by the US public for being disorderly after moderator Chris Wallace failed to take control of the event.

More than 73 million viewers watched the president and Trump square off on Tuesday night, according to the Nielsen ratings, a 13% drop from the first debate between Trump and Hillary Clinton in 2016.