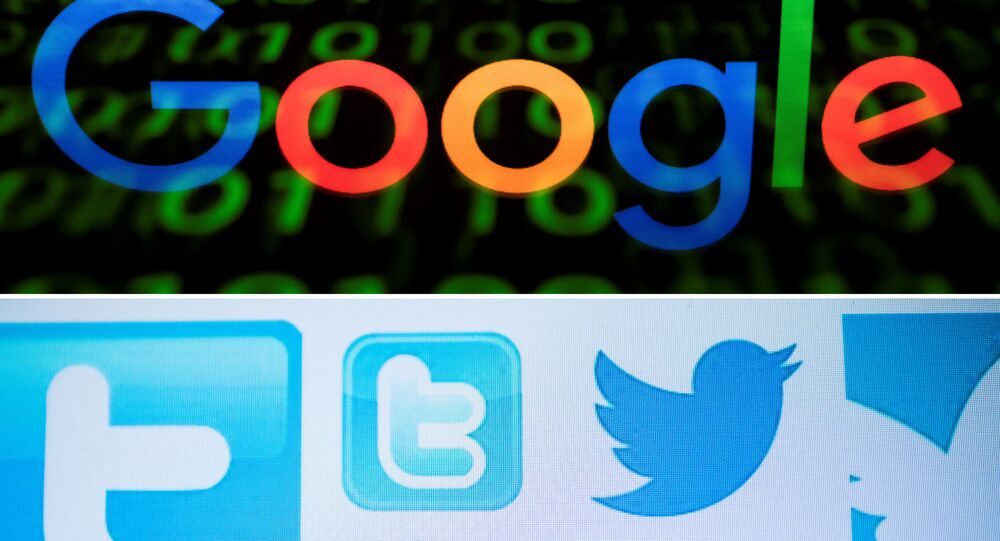 In July, the CEOs of Apple, Google, Facebook, and Amazon tried to convince the US House Judiciary Committee that their business practices don’t add up to anti-competitive monopolies during their testimonies in Congress.

The US Senate Commerce Committee has unanimously voted to subpoena the CEOs of Twitter, Facebook, and Google for a hearing on a key law protecting tech companies.

"The ayes have it and the motion is agreed to", Senate Committee on Commerce, Science, and Transportation Chairman Roger Wicker said on the vote for the motion to summon the CEOs of Twitter, Facebook and Google's Alphabet for the hearing.

The hearing will reportedly discuss reforming Section 230 of the Communications Decency Act, which offers tech firms protection from liability over content posted by users.

Earlier, in September, the US Department of Justice submitted to Congress draft legislation that may put constraints on popular social media platforms’ discretion to police user content. According to the Justice Department, its initiative replaces vague terms that may be used to secure arbitrary content moderation decisions. The initiative also proposes more specific language for greater guidance to social media platforms, users, and courts, with a second category of amendments to incentivise platforms to address the growing amount of illicit content online.

According to reports, in June, the US Justice Department accused Google of monopolising the advertising and search technologies markets, in particular, through contacts with Apple and cell phone manufacturers using the Android operating system to require the company's search engine to be installed on devices as a default one.