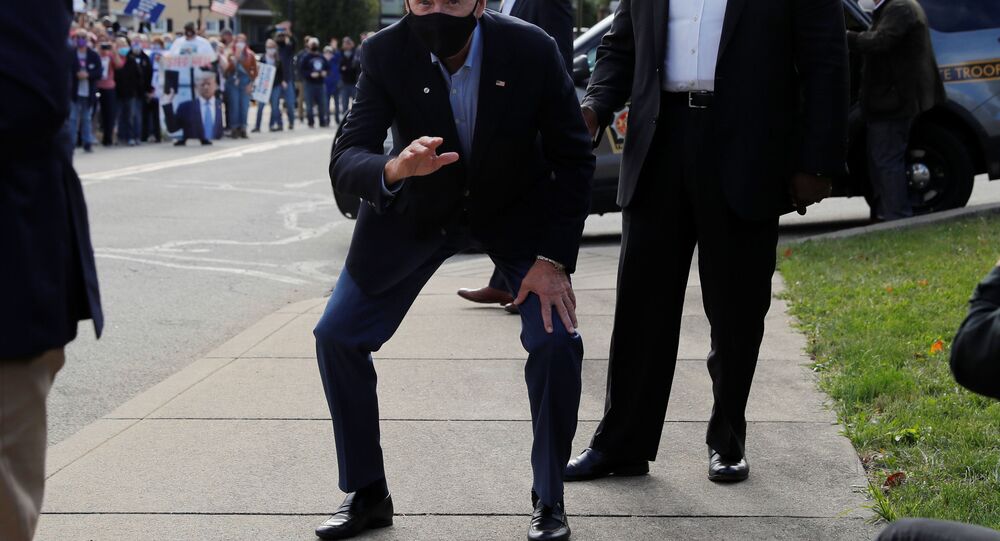 17-year-old Kyle Rittenhouse has been charged with fatally shooting three people during an anti-racism and anti-police protest in Wisconsin in August.

Wood posted on his Twitter on Wednesday that a legal complaint is being prepared for the former vice president demanding that Biden immediately retract his "false accusation" of "white supremacy" against Rittenhouse.

Formal demand for public retraction is being prepared for Biden/Harris Campaign on behalf of Kyle Rittenhouse.

I also hereby demand that @JoeBiden immediately retract his false accusation that Kyle is a white supremacist & militia member responsible for violence in Kenosha. pic.twitter.com/GrZyE8nI7Z

​Earlier in the day, Biden slammed Trump on social media for not opposing "white supremacists", attaching a video of the Kenosha shooting with Rittenhouse captured on the footage.

There’s no other way to put it: the President of the United States refused to disavow white supremacists on the debate stage last night. pic.twitter.com/Q3VZTW1vUV

During a racially-charged protest in Kenosha, Wisconsin, Kyle Rittenhouse shot dead two protesters and seriously wounded a third. Rittenhouse said in an interview with the Daily Caller that he had arrived armed with a rifle to help locals protect their property from rioters. He surrendered to the authorities on the night after the incident.

According to media reports, Rittenhouse's social media record indicated he is "extremely pro-police" and supports President Trump, but they failed to rate him as a "white supremacist" or any other type of radical.