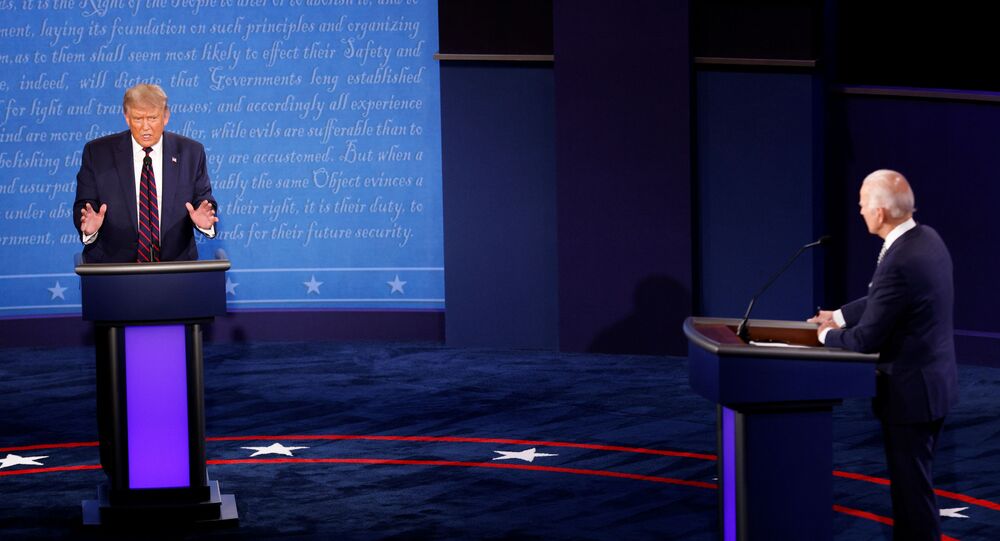 On 29 September, US President Donald Trump and Democratic candidate Joe Biden participated in the first round of presidential debates, during which they continually interrupted and insulted each other.

The US Debate Commission is considering "changes" to the structure of debates after the first round between Trump and Biden.

"The Commission on Presidential Debates sponsors televised debates for the benefit of the American electorate", the statement said. "Last night's debate made clear that additional structure should be added to the format of the remaining debates to ensure a more orderly discussion of the issues".

The Commission on Presidential Debates also said it would carefully consider the changes to be adopted and will announce the measures shortly.

The moderator of Tuesday night's debate, Fox News anchor Chris Wallace tried hard to gain control of the 90-minute debate in Cleveland as the debaters frequently interrupted each other or diverged from the topics they were supposed to discuss.

© REUTERS / BRIAN SNYDER
Twitter On Fire After Trump Calls COVID-19 'China Plague' In Election Debate Amid Major Media Study
During the debate, both candidates insulted each other, with the former vice president calling Trump "Putin’s puppy", while the US president, for his part, at multiple points questioned Biden's intelligence.

There will be two more debates between Trump and Biden, on 15 October in Miami and on 22 October in Nashville.