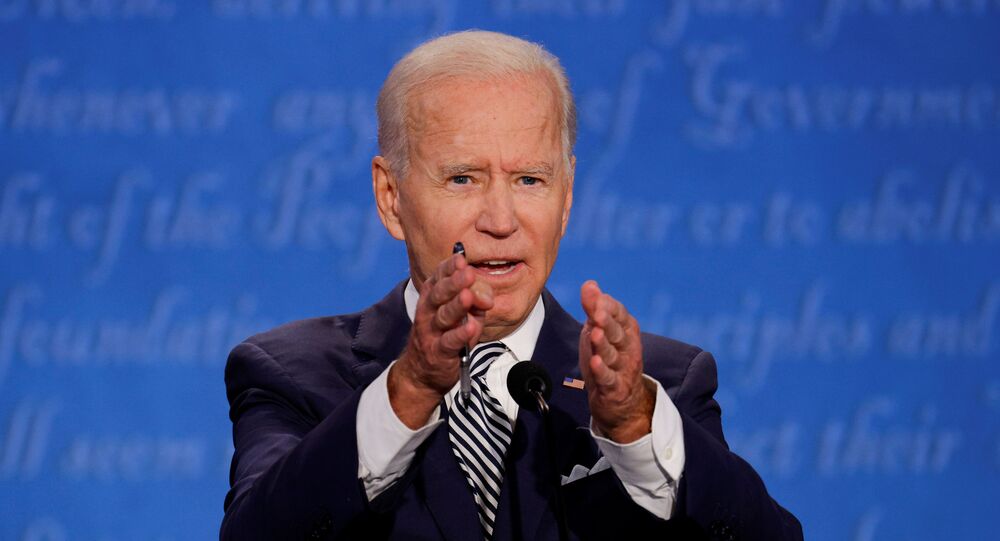 Watch: Biden Tells Trump 'Would You Shut Up, Man?' in the Heat of Debate

The first presidential debate turned out to be really intense, with the two candidates constantly interrupting each other whenever they disagreed or were angry at what the other one was saying.

In a video that has immediately gone viral, the former vice president was speaking about the Supreme Court as President Trump made attempts to cut him off, asking repeatedly, "Who's on your list, Joe?" The footage catches the very moment Biden apparently loses his temper, telling Trump, "Will you shut up, man?"

It was not the only moment Biden got angry, as during another segment he called the president a "clown".

"It's hard to get any word in with this clown", Biden said, raising his hands up in the air in defence and asking the moderator to excuse him.

Biden calling trump a clown on live tv is the only bright spot of 2020 lmaoo pic.twitter.com/wM7peqy59T

At the same time, Fox News' Chris Wallace, who was trying to fulfil his job as moderator, told the opponents to let each other finish their sentence and comply with the time limits.