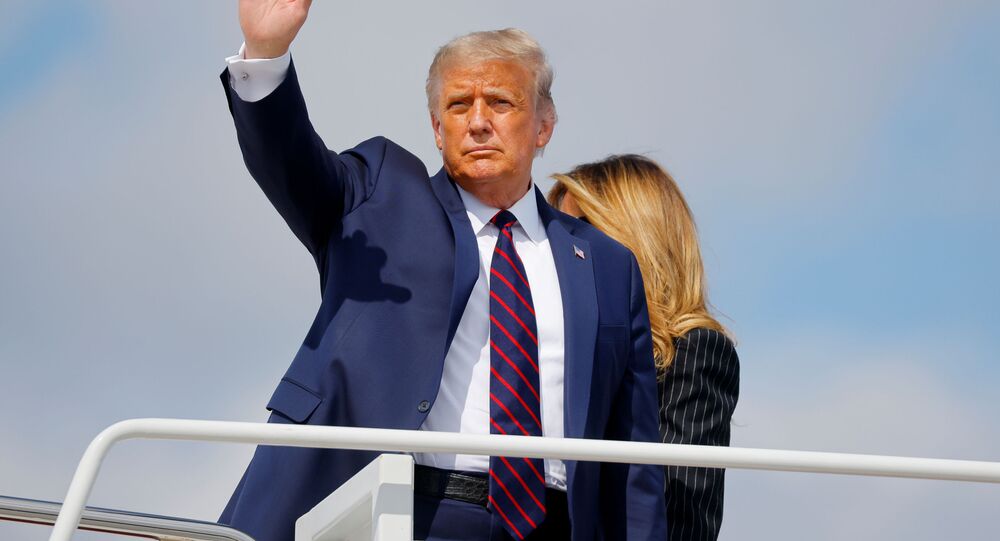 The Trump team has insisted that the former vice president had agreed to a third-party inspection for electronic devices prior to the debate, but then reversed himself and declined.

President Donald Trump is reportedly seeking an ear device inspection ahead of his debate with Joe Biden in Cleveland, Ohio, on Tuesday.

"Joe Biden's handlers several days ago agreed to a pre-debate inspection for electronic earpieces, but today abruptly reversed themselves and declined", Fox News reported, citing Trump campaign spokesman Tim Murtaugh. "Biden's handlers have asked for multiple breaks during the debate, which President Trump doesn't need, so we have rejected that request."

The report also quoted Kate Bedingfield, Biden's deputy campaign manager, who called the Trump campaign's request "absurd" and denied the claim that they asked for breaks.

"Our guy doesn't need breaks. He gives 90-minute speeches all the time", a source in the Trump campaign told Fox News.

President Trump has publicly questioned Biden's cognitive state, claiming that in his public appearances the former vice president relies on teleprompters and a sympathetic press. Trump has also suggested drug tests before the presidential debates to prove that he and his opponent are not artificially stimulated when on stage, which Biden has rejected.

Joe Biden just announced that he will not agree to a Drug Test. Gee, I wonder why?

In Cleveland, the two candidates are expected to discuss several issues, including anti-racism, anti-police protests in the United States, the coronavirus pandemic, the economy, and the Supreme Court nominee.