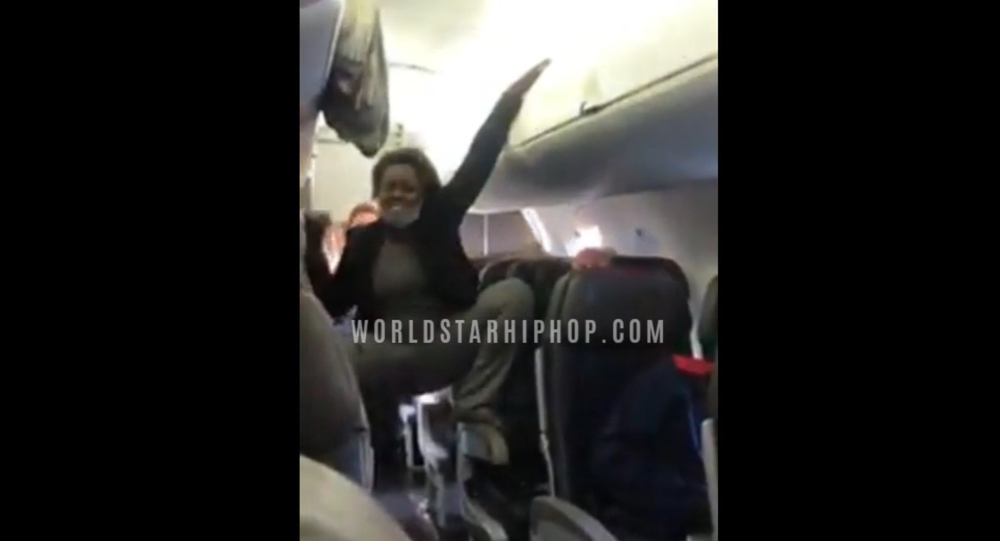 A woman was forcibly restrained by fellow passengers on a plane bound for Detroit, Michigan, after she appeared to be unstable and went on a profane, sexual rant.

The video, originally posted Sunday on content-aggregating site WorldStarHipHop, shows the woman climbing and standing on the arms of the aircraft’s chairs and holding onto the overhead compartments as she repeatedly shouts, “We’re going to f**k all night, b***h.”

The woman thrusts her hips forward in a sexual motion as she continues to hurl expletives.

“Are you ready to go?” one man asks as he and two others forcibly escort the woman down the aisle and toward the front of the plane.

“I’m trying to go home, bruh,” another passenger says, as the woman puts up resistance to the men who intervened.

Another traveler can be overheard claiming that the woman “took something,” accusing her of having drugs on the plane.

It’s unclear what may have caused the woman’s outburst, but netizens have thrown out accusations ranging from alcohol abuse to crude comparisons likening her actions to the 1973 film “The Exorcist.”

Information about the airline that was operating the plane or when exactly the incident occurred also remains unavailable.