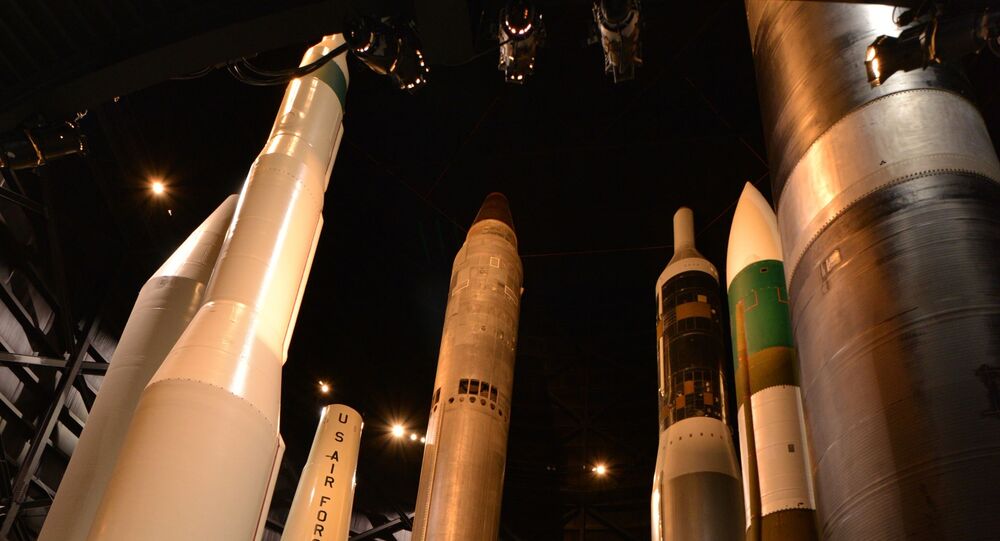 Politico has cited unnamed sources as saying that the Trump administration asked the US Strategic Command in Nebraska to assess how quickly they could load nuclear weapons onto bombers and submarines if the New Strategic Arms Reduction Treaty (START) is not extended in February.

The sources claimed that the request is part of Washington’s strategy to force Moscow to renegotiate the New START treaty ahead of the 3 November US presidential elections.

“It’s a clear signal that the costs for not negotiating before the election are going to go up”, one of the insiders said, adding that the White House is “trying to create an incentive, and it’s a real incentive, for the Russians to sit down and actually negotiate”.

"In my point of view, chances of extending the New START are minuscule. […] It is up to the United States. The ball is in their court. Either they give up their ultimatums and then we can start the talks about something or there's no deal”, Ryabkov stressed, referring to US-Russian talks on clinching a START-related agreement.

He also signalled Russia’s readiness to discuss the New START with any US administration, saying that the problem with the treaty is that it does not include a whole range of systems that the US is now building.

The diplomat spoke after US Special Presidential Envoy for Arms Control Marshall Billingslea said in an interview with the Russian newspaper Kommersant that the New START will not be extended if Washington and Moscow fail to conclude a relevant presidential memorandum by February.

© AFP 2020 / MLADEN ANTONOV
Failure to Renew US-Russia New START Treaty Adds Billions to Defense Costs, Budget Office Says
According to him, if Russia opposes the memorandum, the US will be “happy” to keep modernising its nuclear arsenal without the limitations imposed by the New START.

Russia's Ambassador to the UN Vassily Nebenzia, for his part, pointed out that Moscow will find effective ways to protect itself if no agreement on extending the New START is reached.

“We are certainly interested in extending the treaty, as we see it as a key element of strategic stability. We tell our US colleagues that the failure to extend it would be a great mistake”, Nebenzia underlined.

The statement was preceded by Russian Foreign Minister Sergei Lavrov telling a youth forum in the Moscow region in August that the US puts forward unrealistic conditions for preserving the New START, including those related to China's participation in the treaty.

NASA
Guterres Calls on Russia, US to Agree on Extending New START by Five Years
In late 2019, Russian President Vladimir Putin proposed extending the treaty for five years without any preconditions.