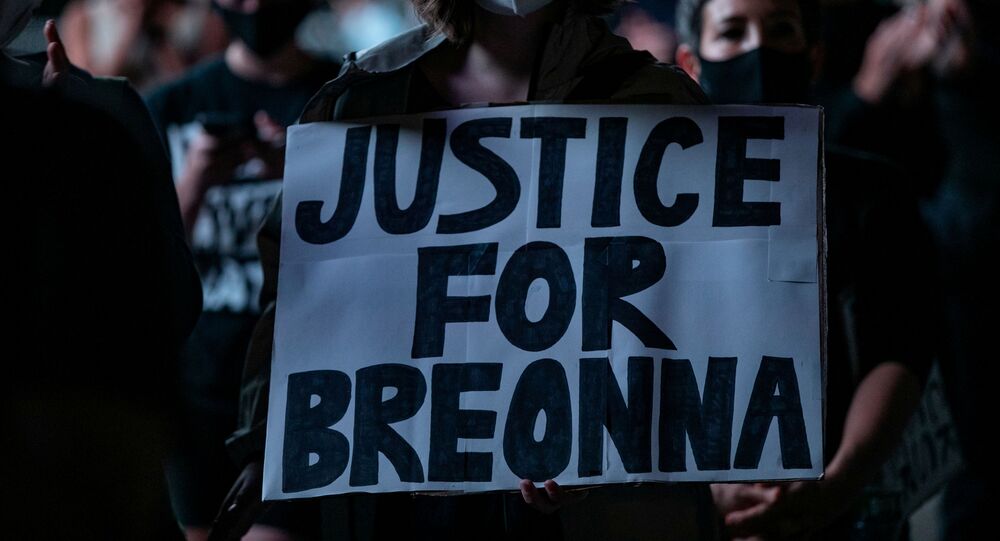 A motion to release grand jury transcripts, recordings and reports has been issued by a grand juror in the case involving the shooting of Breonna Taylor.

"Among, them, he stated that his office's investigation found '... and the grand jury agreed that Mattingly and Cosgrove were justified in the return of deadly fire after having been fired upon by Kenneth Walker,'" the motion notes.

Ben Crump, attorney for the Taylor family, has been adamant about the need for the court to release the grand jury transcripts, arguing on Monday that Cameron "shaped the investigation" and "only shared the info he wanted the public to hear in support of the narrative he was peddling."

Full motion from this grand juror in #BreonnaTaylor case: https://t.co/xx0nP28nIn

LMPD body camera footage obtained by Vice News following the indictment appears to show Hankison and detective Myles Cosgrove violating LMPD standards and procedures, which state that officers involved in a critical incident should be “isolated from all non-essential individuals for the remainder of the initial investigation.”

A recently obtained Kentucky State Police (KSP) ballistics report also cast further doubt on the integrity of the case after it explicitly stated the bullet that struck Mattingly, an officer injured during the no-knock raid, was neither “identified nor eliminated as having been fired” from a 9-millimeter firearm belonging to Taylor's boyfriend, Kenneth Walker.

“The initial ballistics performed by KSP DO NOT conclude that Kenny’s shot struck Mattingly. It is also a lie that officers don’t carry 9mm as Hankison’s own employee file shows a Glock 9mm service weapon,” Steven Romines, Walker’s attorney said.