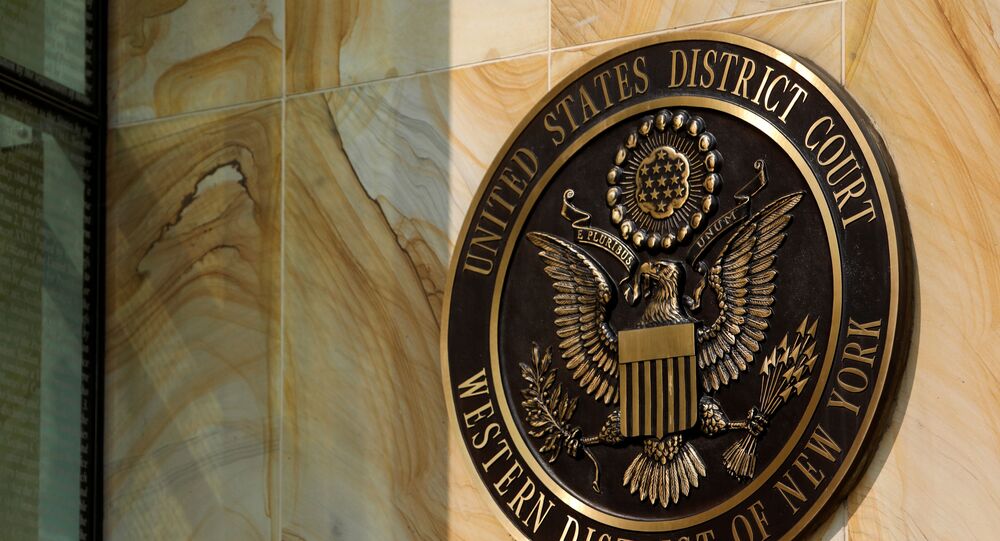 Canadian Accused of Sending Ricin to Trump to Remain in Custody, Face Trial in Washington

TORONTO (Sputnik) - The Canadian woman suspected of sending a ricin-laced letter to US President Donald Trump will remain in custody until she is transferred to the District of Columbia to stand trial, a US magistrate judge ruled on Monday.

The defendant, Pascale Cecile Veronique Ferrier, entered a not guilty plea during a hearing in Buffalo, New York.

The 53-year-old dual national was deemed to be an ongoing threat to Trump and the general public, US Magistrate Judge Kenneth Schroeder, Jr said in his decision. The judge also agreed with Lynch's assessment that Ferrier is a flight risk citing her possession of a French passport, at least two fraudulent Texas drivers' licenses, as well as the complications an extradition process could entail should Ferrier choose to flee.

On 20 September, she was detained at the Peace Bridge Border Crossing after the authorities discovered the poisonous letter addressed to President Trump had originated in Canada. According to the US attorney, the Quebec resident was found to be in possession of a loaded firearm, a knife, 294 rounds of ammunition and a bulletproof vest at the time of the arrest.

The poisonous mailing also contained a note, in which Ferrier called Trump "The Ugly Tyrant Clown" and called on him to remove his candidacy from the 3 November election, or she "might use [her] gun when [she]'ll be able to come".

The FBI said Ferrier had posted tweets with threats targeting President Trump, which included the hashtag "#killTrump", back to an email address bearing Ferrier's name.

A "suspicious" letter was intercepted by law enforcement at a government facility that screens mail addressed to the White House and the president on 19 September. Two tests confirmed the presence of ricin, a deadly poison found naturally in castor beans, which, when ingested, prevents cells from making proteins.

Lynch said there are likely going to be additional charges from the state of Texas, where Ferrier mailed six analogous letters to employees of penitentiaries and detention centres and New York, where she was initially arrested.

Making threats against the US president carries a fine and potential prison term of up to five years.