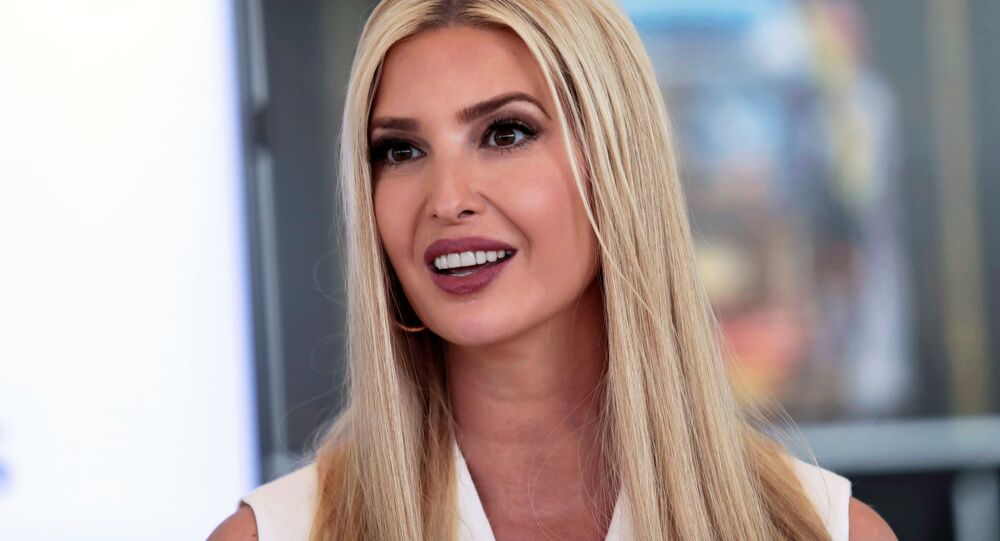 In 2016, then-Republican presidential hopeful Donald Trump picked then-Indiana Governor Mike Pence as his running mate, shortly after the latter reportedly delivered a “vicious monologue” about Democrat Hillary Clinton, who was Trump's opponent at the time.

During the 2016 election campaign, Donald Trump repeatedly suggested that his eldest daughter Ivanka should serve as his running mate, according to a soon-to-be-released book by former deputy Trump campaign manager Rick Gates, a copy of which was obtained by the Bloomberg news agency.

In the book titled “Wicked Game: An Insider’s Story on How Trump Won, Mueller Failed, and America Lost”, Gates specifically focused on conversations between Trump and his aides in June 2016 related to selecting a vice president after the then-Republican presidential hopeful won in the GOP primary.

“I think it should be Ivanka. What about Ivanka as my VP?” “She’s bright, she’s smart, she’s beautiful, and the people would love her!” Gates cited Trump as allegedly saying at the time.

After Ivanka Trump reportedly told her father that “it wasn’t a good idea”, he “capitulated” and then made a decision to pick Mike Pence as his running mate, according to Gates.

The move followed then-Indiana Governor Pence delivering a “vicious and extended monologue” about then-Democratic presidential hopeful Hillary Clinton. The White House has not yet commented on the matter, with the book due to be released by on 13 October.

In mid-December 2019, Gates was sentenced to serve three years on probation as well as to spend a total of 45 days in jail on weekends and he was also ordered to pay a fine of $20,000 and take part in community service.

This came after the former Trump campaign official was indicted on charges of making false statements to the FBI, money laundering, and conspiracy against the US in February 2018.

© REUTERS / ALEXANDER DRAGO
‘No Thank You’: Melania Trump Reportedly ‘Scoffed’ at Ivanka for Planning to Be President
While the evidence for the charges stemmed from former Special Counsel Robert Mueller's Russia probe, they were unrelated to the investigation’s key objective to find an alleged conspiracy between Trump and Moscow.

In July 2019, Mueller confirmed in a testimony to Congress that his team of investigators had failed to find sufficient evidence of POTUS colluding with Russia to rig the US 2016 election, basically repeating the conclusions of his report that was released earlier in 2019.

Moscow has repeatedly denied any claims of interference in the US political system, saying that the allegations were made up to excuse the election loss of Trump's opponent and deflect public attention away from actual instances of election fraud and corruption. Trump, in turn, labelled the allegations as a political witch hunt.