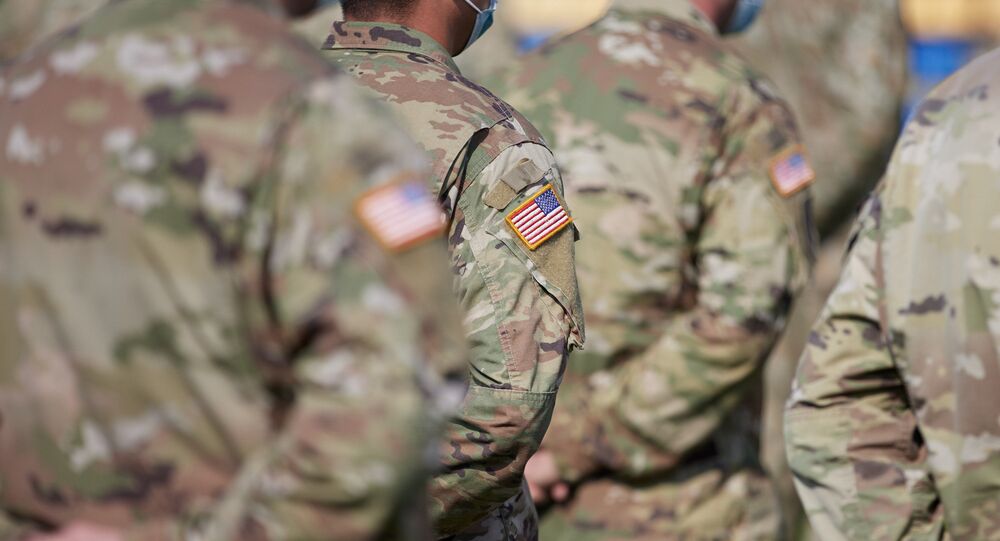 Officials argue that social distancing rules and the pressure brought by the ongoing coronavirus (COVID-19) pandemic may be contributing to the rise in the number of suicides among US military service members.

US military suicide rates have increased by at least 20% this year, in comparison to the same period last year, with Defence Department officials considering the COVID-19 pandemic a potential primary factor, the Associated Press reported on Sunday.

Officials mentioned other factors that are also believed to have contributed to the increase in suicide rates among the military's active and reserve service members, including war-zone deployments, national disasters across the US, and civil unrest that has taken place in all parts of the country since the 25 May killing of an African-American man, George Floyd.

Although US Army and Air Force officials can’t directly blame the pandemic, they said that the ongoing disease has added stress “to an already strained force”. There is no official data provided by the Pentagon, according to AP.

The outlet said, citing Defence officials involved in internal discussions and briefings on suicide data, that the military suicide rate has increased by 20%. Those rates vary in different divisions of the US military, with the active Army rising by 30%, from 88 last year to 114 this year, pushing the general total more than any other service.

The Army Guard’s suicide increased by about 10%, from 78 last year to 86 this year, while the rates are believed to have been implemented among Navy personnel.

According to the AP report, in early 2020, prior to the declaration of the coronavirus disease as a pandemic by the World Health Organisation in March, suicide rates were less than those of the same period in 2019.

“I can’t say scientifically, but what I can say is - I can read a chart and a graph, and the numbers have gone up in behavioral health related issues,” Army Secretary Ryan McCarthy told AP. “We cannot say definitively it is because of COVID. But there is a direct correlation from when COVID started, the numbers actually went up.”

James Helis, director of the US Army’s resilience programs who attended Pentagon briefings on suicide data, assumed that the impacts and stress brought by the pandemic “could amplify” factors leading to suicide.

“We know that the measures we took to mitigate and prevent the spread of COVID could amplify some of the factors that could lead to suicide,” Helis said.

The most recent official Pentagon suicide data report was released in April by the US Department of Defense Suicide Event Report (DoDSER) program. The report tracks US military suicide deaths, attempted suicides, and a number of associated factors in calendar year 2018.

According to the report, for 2018, there were 325 suicides logged among “active-component service members,” resulting in a suicide mortality rate at 24.8 deaths per 100,000 population – “no different from” the country’s suicide rate for the adult civilian population in 2017.

The DoDSER report pointed out that the suicide rate for active-duty US military members in 2018 was the highest since the department began tracking suicides in 2001.

As of Sunday, the United States has registered over 7.1 million COVID-19-related infection cases, including 204,743 deaths.