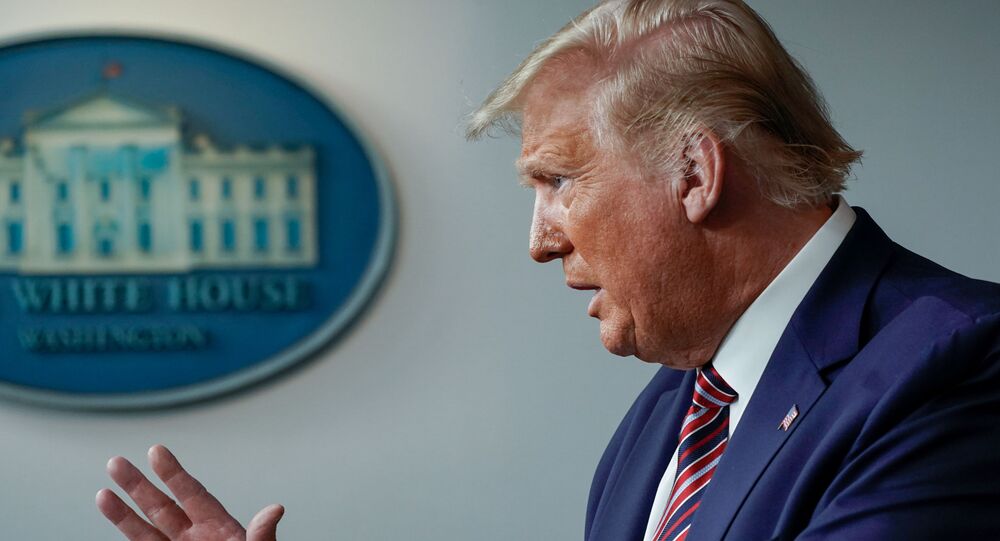 Trump on Nagorno-Karabakh Escalation: 'We'll See if We Can Stop it'

WASHINGTON (Sputnik) - US President Donald Trump says Washington is looking into what can be done to stop a flare-up of tensions in the disputed Nagorno-Karabakh region.

Military hostilities between Armenia and Azerbaijan erupted along the region’s contact line on Sunday morning, with each side blaming the other for putting civilian lives in danger.

"We are looking at it very strongly. We have a lot of good relationships in that area, we’ll see if we can stop it," Trump told reporters at the White House on Sunday.

The US State Department said in a Sunday statement addressing the Nagorno-Karabakh escalation that involvement of any external party would be "deeply unhelpful and only exacerbate regional tensions."

Washington urged the conflicting parties to cooperate with the Minsk Group co-chairs, which, aside from the US, includes France and Russia, with the aim to "return to substantive negotiations as soon as possible."

The contact line of the Nagorno-Karabakh region saw military escalation on early Sunday, with Armenia and Azerbaijan accusing each other of sparking the hostilities. Many international observers, including Russia, the UN and France, expressed their concern about the conflict, calling for a ceasefire, while Turkey expressed "full support" to Azerbaijan.

Armenia has lodged a request to the European Court of Human Rights (ECHR) to make Azerbaijan halt what Yerevan describes as military operations against civilians in the disputed region of Nagorno-Karabakh.

The region has been the subject of dispute between Yerevan and Baku since the late 1980s, when the two nations were Soviet republics. Following the end of the Nagorno-Karabakh war in 1994, the two sides have held peace talks mediated by the OSCE Minsk group.

US Calls For Immediate Ceasefire Between Armenia, Azerbaijan in Nagorno-Karabakh