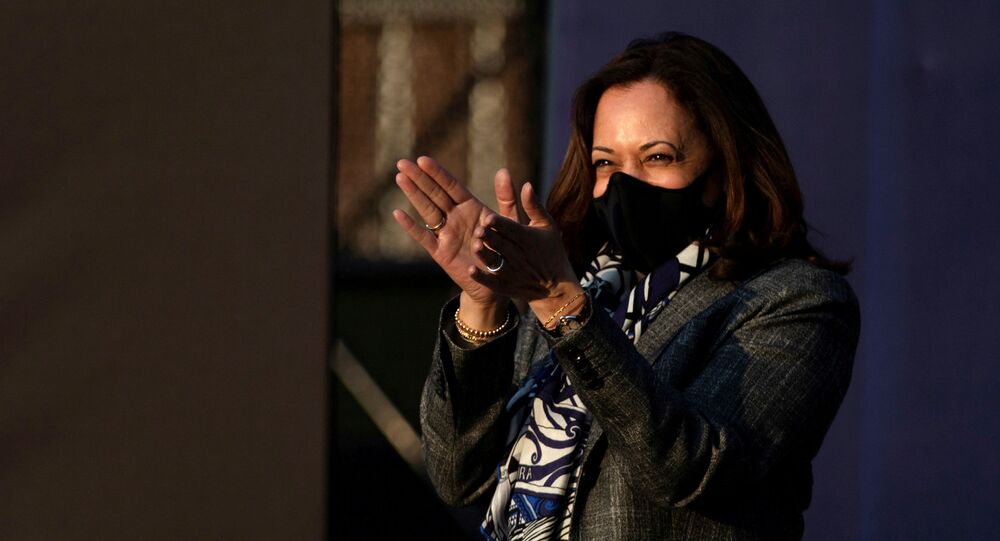 The late Tupac Shakur, an iconic American rapper and songwriter, is considered to be one of the most influential hip-hop artists. In September 1996, the rapper was shot and killed in Las Vegas, but conspiracy theories continue to suggest that he faked his own death.

Democratic vice presidential candidate Kamala Harris, when speaking with CNN commentator Angela Rye at the National Association for the Advancement of Colored People (NAACP) convention Friday, joined, for a moment, the army of Tupac Shakur's fans who believe he is alive.

When asked by Rye to name the best rapper living, Harris answered with little hesitation: "Tupac". However, shortly after the CNN commentator reminded her of the sad truth, she added: “Not alive, I know, I keep doing that".

Apparently recalling conspiracy theories fueled by 2Pac's most loyal fans, that he survived the 1996 fatal shooting, Rye joked that she was with the believers.

“Listen, West Coast girls think Tupac lives on; I’m with you,” she laughed.

Harris goes on to stumble with the name of a rapper that is actually alive, saying there are "so many of them" and teasing that she would not name her favourite, since they need to "stay in their lane".

“There’s some I would not mention right now because they should stay in their lane", Democratic VP hinted.

​While driving in Las Vegas, Tupac Shakur was shot four times by a gunman that was never identified or captured. The iconic rapper was hospitalized, but passed away six days after the shooting due to internal bleeding.

Tupac is considered one of the most influential hip-hop artists, becoming a central rap figure in the West Coast hip-hop scene before the release of his debut album, His double-disc album, All Eyez on Me (1996), received the diamond certification by the Recording Industry Association of America (RIAA) and has sold well over 7,000,000 copies worldwide.