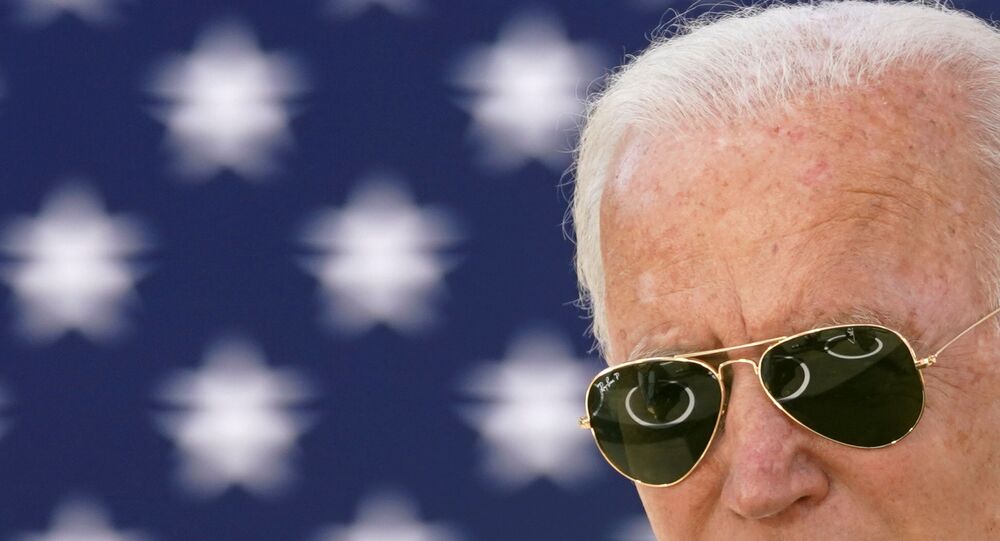 As the US presidential election approaches, the Democratic party is ramping up speculation about "Russian interference", with Moscow allegedly attempting to undermine the campaign of Democratic candidate Joe Biden.

Joe Biden warned there would be "consequences" for Russian President Vladimir Putin for "violation of our sovereignty" when asked by MSNBC host on allegations that Russia is conducting "interference [in the US presidential election] to hurt you and cause chaos".

“My message to Vladimir Putin is that if I get elected, I’m coming", Biden said. "Because here's the deal, it's a violation of our sovereignty. I made it clear before, and I'll make it clear again... [Trump] would like to see very much Vladimir Putin continue down the road he is. But I promise you, I promise you: there'll be consequences. There'll be consequences if I win, for this involvement in our sovereignty".

“Never before has an American president played such a subservient role to a Russian leader,” Biden said earlier in August during a campaign event. “It’s not only dangerous, it’s humiliating and embarrassing for the rest of the world to see. It weakens us.”

The saga about Russians allegedly trying to meddle with the US presidential election has been ongoing since 2016, when Democrats, apparently stunned by the unexpected failure of Hillary Clinton, accused Trump of "colluding" with Russia, and claimed that Moscow interfered in the US electoral process.

Despite hysteria around the allegations, US Special Counsel Robert Mueller investigated and found nothing that pointed at a "collusion" between the Russian government and Trump's election.

As November approaches, allegations that the Kremlin is yet again "meddling" with the upcoming election, are being ramped up.

Recently, The Washington Post reported that a secret CIA assessment claimed that Putin, along with his "top aides", is "probably directing" a Russian interference operation to shape election results. Specifically, the reported assessment puts forward an idea that the operation is targeted at undermining Biden's campaign.

Russian President Vladimir Putin has repeatedly insisted that Moscow never intended to interfere with the US internal affairs, and never will intend to do so, echoed by Russian Foreign Minister Sergey Lavrov, who consistently points at a lack of evidence behind the US allegations.

On Friday, the Russian president invited the administration of Donald Trump to exchange pledges of non-interference in elections or other internal affairs, proposing the restoration of a "regular, full-scale, bilateral, inter-agency, high-level dialogue on the key issues of ensuring international information security".