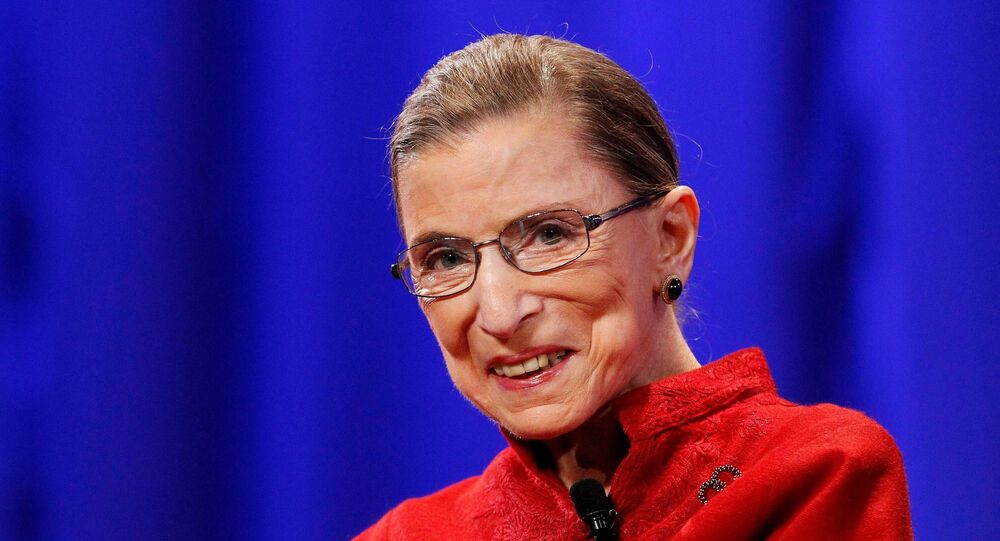 Ruth Bader Ginsburg, who had been a US Supreme Court judge since 1993, died last week aged 87. Her death left a vacancy which Donald Trump is keen to fill before the presidential election in November, in case he loses it.

US President Donald Trump is set to announce his pick for the US Supreme Court vacancy on Saturday, 26 September.

He has been urged by the Democrats not to replace Judge Ginsburg, a liberal, until after 3 November - like the Republicans insisted President Obama did when Judge Antonin Scalia died in February 2016 - but has refused.

So who are the two women most likely to get Trump’s nomination?

Lagoa, 52, is a Cuban-American and like many in that community she is a devout Roman Catholic.

There has been speculation that not only would choosing Lagoa help Trump to win the crucial swing state of Florida but it could also help him in Pennsylvania, where Catholic voters - mainly of Irish and Italian origin - are a key demographic.

Barbara Lagoa was born in Miami in 1967 to parents who had fled Cuba after Fidel Castro overthrew the pro-US regime of Fulgencio Batista.

She grew up in a bilingual household and in 1989 graduated from Florida International University, where she majored in English.

Three years later she completed her law degree at Columbia.

​She went to work for Greenberg Traurig - a firm founded in Miami but now with offices all over the world - and focused on commercial litigation, employment discrimination and insurance coverage disputes.

Lagoa was appointed a judge of the Florida Third District Court of Appeal by Jeb Bush - brother of President George W. Bush - in 2006 and in January 2019 became the first Latina appointed to serve in the Florida Supreme Court.

​But after less than a year in the job she was promoted to become a judge on the US Eleventh Circuit Court of Appeals, based in Atlanta.

Her husband is another lawyer, Paul Huck, and the couple have three daughters.

Amy Coney Barrett, 48, met twice with Trump at the White House this week but the mainstream media in the US has been obsessing about her involvement with a Christian fundamentalist “cult”.

Judge Barrett, who comes from South Bend, Indiana, is a member of People of Praise, an organisation which considers husbands to be the leaders of a household and until recently referred to women as "handmaids".

She has been married to Jesse Barrett, a fellow lawyer, since 1999 and they have seven children.

On Wednesday, 23 September, Vice President Mike Pence defended Barrett when asked about her membership of the group: "I must tell you the intolerance expressed during her last confirmation about her Catholic faith I really think was a disservice to the process and a disappointment to millions of Americans."

​Born Amy Coney in New Orleans in 1972, she graduated in English literature from Rhodes College in Memphis and then moved to Indiana to study law at Notre Dame.

She spent a year each as judicial clerk under two conservative judges - Judge Laurence Silberman of the US Court of Appeals for the District of Columbia Circuit, and US Supreme Court Justice Antonin Scalia.

Barrett then got a job at Washington law firm Miller, Cassidy, Larroca & Lewin and in 2002 headed back to Notre Dame, to teach constitutional law.

She juggled teaching with motherhood and became a professor of law in 2010.

In 2012 she signed a “statement of protest” condemning the Obama administration’s position on birth control and three years later she endorsed the Catholic Church's teachings on sexuality and its definition of marriage as being only between men and women.

Her nomination to sit on the US Court of Appeals for the Seventh Circuit, based in Chicago, was opposed by numerous LGBT groups but Barrett became a hero to many religious conservatives after she was grilled at her 2017 confirmation hearing by Senator Dianne Feinstein of California on the role of her Catholic faith.

Barrett said she did not believe it was “lawful for a judge to impose personal opinions, from whatever source they derive, upon the law” and she promised her own personal views on abortion would have no bearing on her legal decisions.