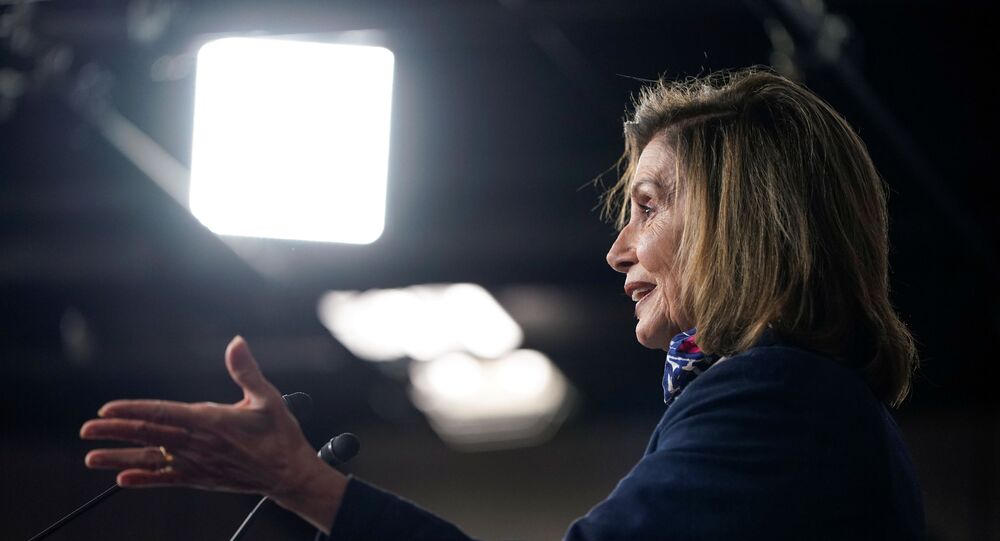 Earlier in the week, a continuing resolution was approved by the US House of Representatives aimed at preventing a government shutdown, as long as the US Senate passes it as well. In that case, Democrats and Republicans would have until December to resolve disagreements particularly involving a new coronavirus relief package.

Democratic Representatives in the House are crafting a new coronavirus relief package of around $2.2 trillion, mulling the possibility of introducing the bill to vote next week, while US Speaker of the House Nancy Pelosi says Democrats are ready to negotiate with the White House, according to The AP, citing House Ways and Means Committee Chairman Richard Neal.

The sum of the bill that Pelosi and the Dems are preparing varies in different media reports, from $2.2 to $2.4 trillion, as Pelosi and Schumer initially sought a $3.4 trillion package, stalling talks between the two parties over the federal budget.

"The contours are already there. I think now it's about time frame and things like that", Neal said, cited by The AP. "I assume, since the House is scheduled to break for the election cycle, then I think next week's [...] appropriate".

Pelosi's initiative did not receive enthusiasm from House Republican leader Kevin McCarthy, who denounced it as partisan. Moderate Democrats have reportedly pressured Pelosi to step toward a bipartisan aid proposal that can become law.

"It shows again she's not serious about getting a Covid relief bill, that she's just playing politics," McCarthy offered, cited by Politico.

The House Speaker's proposal is coming shortly after the two parties reached an agreement on a continuing resolution to avert a government shutdown in the wake of the national election. The reason behind the failure to agree on government funding was particularly due to the parties' inability to find a compromise in formulating a new coronavirus relief bill that would follow the bipartisan legislation they created in May that was signed by Trump.

The first coronavirus aid legislation, the $3.4 trillion HEROES Act, helped American companies and families to stay afloat amid the COVID-19 pandemic, but views on the second bill have split the two parties. Republicans have offered a much smaller package, citing the country's economy, while Democrats are insisting on a larger outlay, refusing to negotiate otherwise.