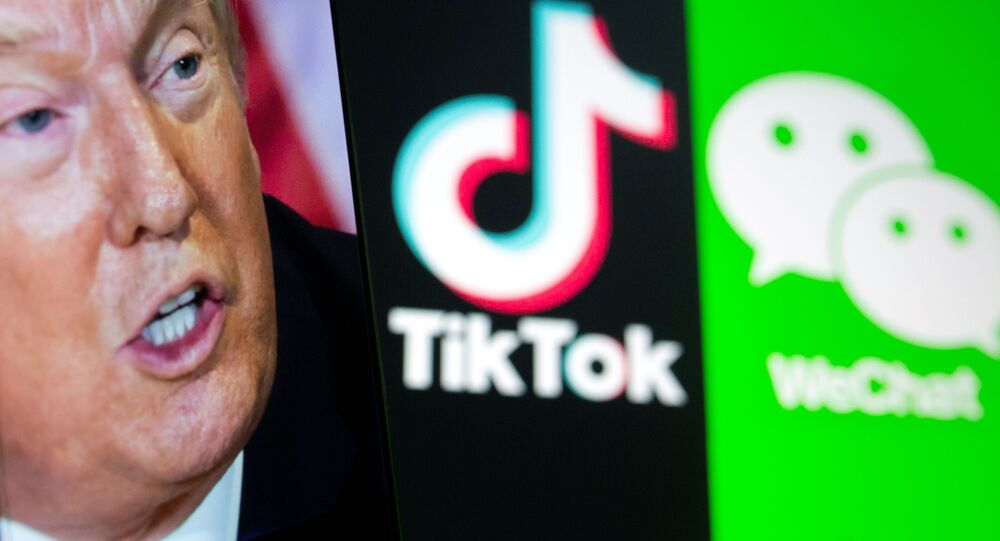 WASHINGTON (Sputnik) - A US federal judge has ordered the Trump administration to postpone its ban on downloads of TikTok, or defend itself in court this weekend in a hearing brought by the Chinese-owner of the video-sharing application, the Wall Street Journal reported.

If Judge Nichols of the US District Court of Columbia decides on Sunday to halt the Trump administration’s actions against TikTiok, it would be the second setback of its kind for the White House in one week, the report said on Thursday.

The White House said US downloads of the application on the Apple Playstore and Android’s Google Play will be restricted from Sunday, and all of TikTok US operations will be banned on 12 November unless the company ceded its local controlling equity and technology to an American firm.

In August, Trump threatened to ban the application in the United States, citing wider concerns alleging that the Chinese government was spying on data of Americans using China-originated social media.

Trump’s ban was originally set to take effect on 20 September but was later deferred to 12 November after his administration offered the company a way out by allowing a US entity to acquire it.

Trump said the software firm Oracle and retail giant Walmart were in final talks for assuming control of TikTok's equity and technology.

However, TikTok’s parent company, ByteDance, has insisted it retain an 80 percent stake in the video-sharing platform’s restructured US operations.