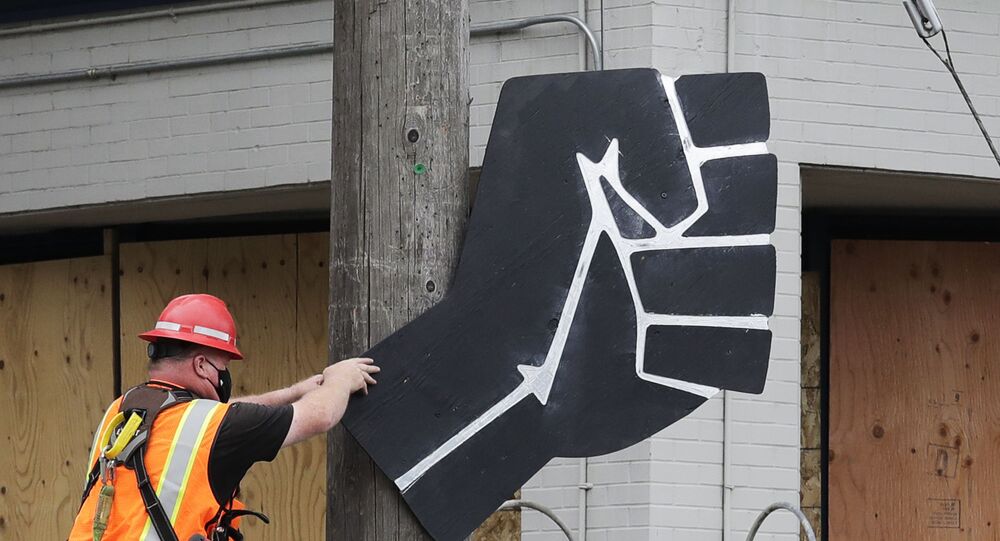 Over 300 People Charged for Crimes Committed During US Nationwide Riots

WASHINGTON (Sputnik) - US Attorneys’ Offices have charged more than 300 people in 29 states and Washington, DC for crimes committed during riots in various cities in the United States in the past four months, the Department of Justice said in a statement on Thursday.

"To date, of the 94 US Attorneys’ Offices (USAOs), more than 40 USAOs have filed federal charges alleging crimes ranging from attempted murder, assaulting a law enforcement officer, arson, burglary of a federally-licensed firearms dealer, damaging federal property, malicious destruction of property using fire or explosives, felon in possession of a firearm and ammunition, unlawful possession of a destructive device, inciting a riot, felony civil disorder, and others," the statement said.

"In some instances, these individuals are alleged to have set fires to local businesses as well as city and federal property," the statement said.

The repair of the damaged courthouses, police departments and other federal and private properties in affected cities like Seattle, Portland, Minneapolis and Nashville is estimated to cost tens of millions of dollars, the statement added.