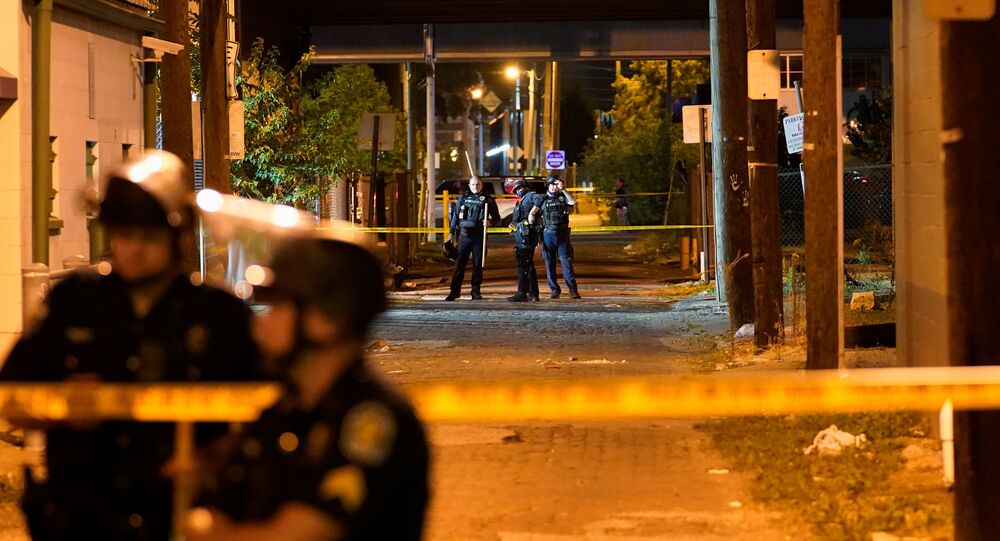 Protests have turned violent in a number of places across the US, as crowds rallied against a Kentucky grand jury’s decision not to prosecute the police officers who shot black American woman Breonna Taylor dead.

At least 13 people were arrested, according to police, as Seattle saw crowds take to the city's streets after the Breonna Taylor case verdict on Wednesday.

In a shocking moment captured on camera, a police officer could be seen pushing his bicycle over a protester’s head. The victim’s condition remains unknown. Local police said in a statement that they are aware of the footage promising that the matter “will be referred to the Office of Police Accountability for further investigation.”

Seattle: Rioter lies in the street to try to stop the police from moving in on bicycles. One officer rides over him anyway. #AntifaRiots #BLM pic.twitter.com/zQHC2wXJrP

Security officials claim one of the protesters threw an explosive device near bike police stationed outside the East Precinct, while alleging that the protesting mob cut the wires to security cameras installed around the area. One of the amateur videos purportedly shows an officer being struck in the back of the head with a baseball bat, which cracked his helmet.

Antifa in Seattle attempted to murder a police officer by hitting his head with a metal baseball bat as the Black Lives Matter mob surrounded him. This video was deleted. pic.twitter.com/DoBl5IiDIa

Crowds of people gathered near Seattle’s federal courthouse and other places across the country, quickly turning violent as people began throwing glass bottles and other objects at the nearby positioned police officers. The mob’s rage was provoked by Kentucky Attorney-General Daniel Cameron’s announcement that two of the three officers involved in the fatal shooting of Breonna Taylor on 13 March would not be charged with her death.

26-year-old Taylor was shot eight times by police officers when they arrived to search her home as part of a drug investigation. Taylor’s partner, Kenneth Walker, who is a licensed gun owner, exchanged fire with the police officers, who said they merely returned fire after one of them was wounded. No drugs were found at Taylor’s home.