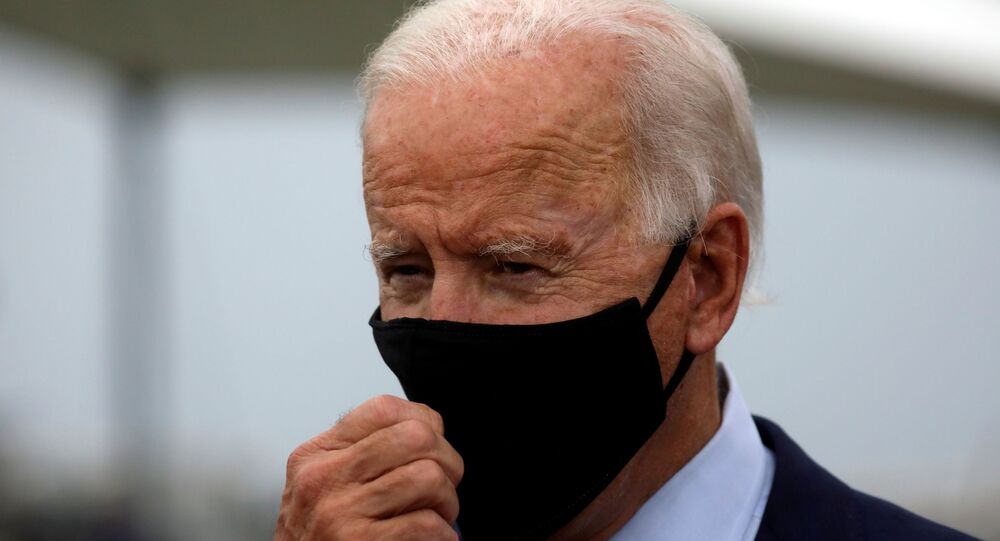 Rallies against police brutality and racism have erupted across Kentucky and beyond after the state’s grand jury ruled two of the three policemen were justified in fire their weapons to 'protect themselves' during a mistaken 'no knock' raid on Breonna Taylor’s home.

Joe Biden released a statement questioning whether norms of justice exist in the US after a grand jury declined to indict two of the three officers involved in the fatal shooting of black American Breonna Taylor in March.

“In the wake of her tragic death, we mourn with her mother, family, and community and ask ourselves whether justice could be equally applied in America,” the former vice president and current Democratic presidential candidate said in a statement issued last night.

Addressing the judge’s no-indictment decision, he said he knows that for a lot of people, the verdict “does not answer that call”.

“A federal investigation remains ongoing, but we do not need to wait for the final judgement of that investigation to do more to deliver justice for Breonna,” he continued, calling to address “the use of excessive force, ban choke hols and overhaul no-knock warrants”.

Biden rounded off his statement saying that “violence is never acceptable”. Earlier in the day, he told reporters that violence among protesters isn’t acceptable either: “it's totally inappropriate” for protests to turn into riots as this would sully Taylor's memory, Biden noted.

A Kentucky grand jury brought no charges against Louisville police for the killing of Breonna Taylor during an ill-fated drug raid.

Prosecutors said Wednesday that two officers who fired their weapons at the Afro-American woman were justified in using force in self- defence.  However, they charged the third one, now-fired Officer Brett Hankison, with three counts of wanton endangerment for shooting into Taylor's home and those of her neighbours'.

In a letter to Hankison published by the Courier-Journal, Louisville Police interim chief Robert Schroeder wrote that his conduct was "a shock to the conscience" that "demands your termination".

The officer is accused of "blindly" firing 10 rounds into Ms Taylor's apartment, displaying "an extreme indifference to the value of human life”.

The 26-year-old woman was shot eight times by officers who burst into her home on 13 March as part of a drug investigation, reportedly executing a no-knock search warrant. Attorney General Daniel Cameron cited evidence, though, stating the police officers "knocked and announced their presence at the apartment", going on to say that one of the neighbours claimed otherwise. Taylor’s partner, Kenneth Walker, who is a licensed gun owner, exchanged fire with the police officers, who said they returned fire after one of them was shot and wounded. No drugs were found at Taylor’s home.

Protesters took to the streets across the country after the grand jury’ latest  decision to only charge one Louisville Metro Police officer over the deadly raid.

Police say two officers have been shot and sustained injuries amid the protests in Louisville, Kentucky. Interim Police Chief Robert Schroeder addressed the shootings on Wednesday night and said a suspect has been nabbed. He said both officers were in stable condition and recovering, adding that one of them had to undergo surgery.