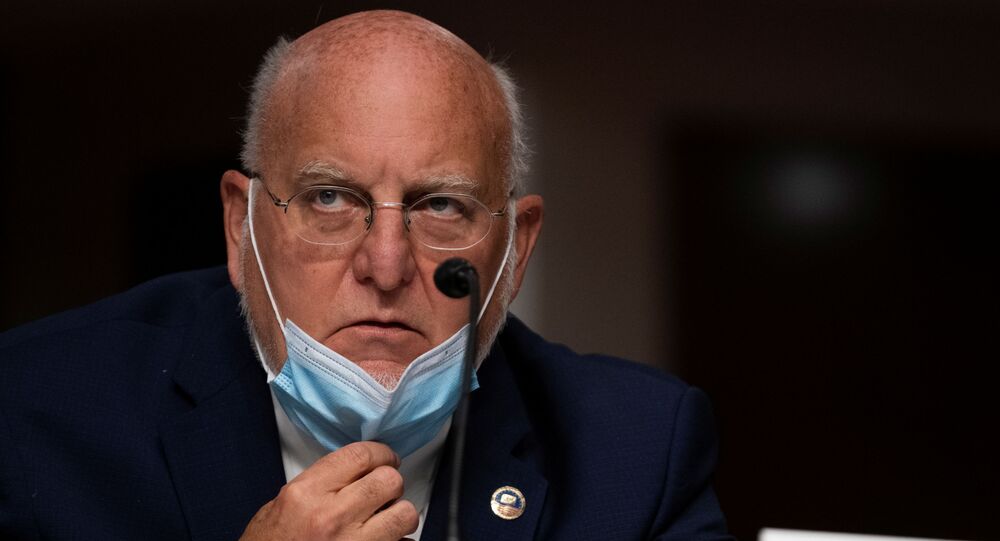 The Centres for Disease Control and Prevention director, Robert Redfield, told a Senate hearing that the number of people who had so far been been infected with the COVID-19 virus varied from state to state, from one percent up to a quarter of the population.

Nine out of ten people in the US have no immunity to COVID-19, the federal disease control chief has warned.

The Centres for Disease Control and Prevention (CDC) director, Robert Redfield, testified before the Senate Health, Education, Labour and Pensions Committee on Washington's response to the coronavirus pandemic on Wednesday.

“CDC is in the process of a very large, sequential study across the entire United States, measuring serology,” Redfield said. “The preliminary results on the first round show that a majority of our nation — more than 90 per cent of the population — remains susceptible.”

“It varies in different geographic parts from states that have less than one percent with evidence of previous infection, to some that have more than 15, 20 and one as high as 24 percent,” he said. “We’ll have that finalized and probably published in the next week or so.”

The CDC data closely matches UK figures announced on Monday by government Chief Scientific Adviser Sir Patrick Vallance, who said that less than eight percent of British residents had any resistance to the coronavirus.

The news dashed hopes of achieving 'herd immunity' before the winter flu season, without a mass vaccination. The US COVID-19 death toll passed the 200,000 mark this week.

The US director of the National Institute of Allergy and Infectious Diseases, Dr. Anthony Fauci, was also set to testify at the hearing on Wednesday. Earlier, Fauci detailed to CNN that "The idea of 200,000 deaths is really very sobering, in some respects stunning."

US President Donald Trump, speaking to reporters at the White House before an election campaign rally in Pittsburgh, said that the deaths were a "a shame" but suggested that the toll could have been much worse.

"I think if we didn't do it properly and do it right, you'd have 2.5 million deaths," the president said, adding that the United States is now "doing well" and incorrectly adding that "the stock market is up."

COVID-19 in UK: ‘There's a Lot of Doubt About Some of These Restrictions’, Says Analyst