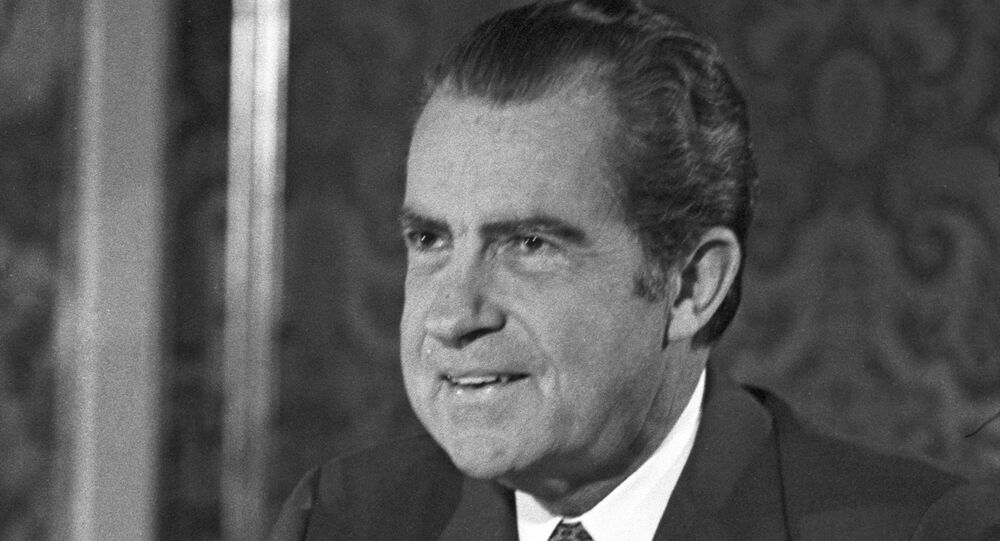 Correspondence between US Presidents Richard Nixon and Donald Trump have been revealed during an exhibit set to open on Thursday at the Richard Nixon Presidential Library & Museum.

US President Donald Trump and former US President Richard Nixon had been texting each other since the early 1980s, after spending an evening at a nightclub, and their correspondence has been revealed for the first time by the Richard Nixon Presidential Library & Museum, exclusively shared with The Associated Press before the Thursday opening.

The two were corresponding after Trump made a first step by thanking Nixon for sharing a photo from the "21" nightclub where they spent an evening together in 1982. Nixon and Trump exchanged courtesies, and the latter expressed a desire to welcome the former US president as a resident in the Trump Tower.

“One of my great ambitions is to have the Nixons as residents in Trump Tower", Trump wrote to Nixon in October 1982, according to AP.

Nixon politely refused, but the two apparently remained on friendly terms as they both distrusted the media and, according to AP, shared a "desire to maximize TV ratings" and "the idea of using people as 'props'". Nixon wrote to Trump offering  advice on how to handle the New Jersey Generals football team that Trump had recently purchased and to voice his support for the son of one of New York City's most prominent landlords, amid critical reports about the Trump Organisation.

“Dear Donald -- I know nothing about the intricacies of your business enterprises but the massive media attack on you puts me in your corner!” Nixon texted Trump, according to AP.

The text, dated 26 January 1993, was the final installment in their correspondence, and Nixon died in April 1994.

“You are a great man, and I have had and always will have the utmost respect and admiration for you. I am proud to know you", Trump texted, thanking Nixon for his birthday photo after his 80th birthday.

Many have drawn parallels between Trump and Nixon, who both underwent impeachment hearings, but Trump drew the distinction, unlike Nixon, of actually being impeached, instead of resigning, as Nixon did on 8 August, 1974, the only US president to step down before the end of their term.