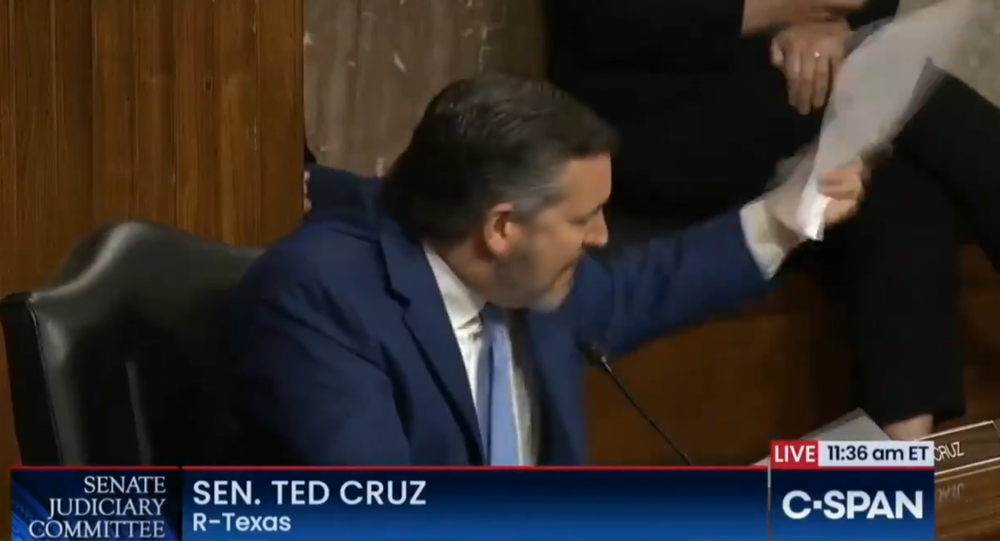 US Senator Ted Cruz has blocked a resolution to honour late Supreme Court Justice Ruth Bader Ginsburg, as Democrats have refused to remove her alleged dying wish not to be replaced until there is a new president from the document.

"Specifically, the Democratic leader wants to add a statement that Justice Ginsburg's position should not be filled until a new president is installed, purportedly based on a comment Justice Ginsburg made to family members shortly before she passed", he said.

The Texas Republican accused Democratic minority leader Chuck Schumer on Tuesday of politicising what should have been a cross-party statement celebrating Ginsburg's life and work.

Cruz asked Schumer to strike from the motion Ginsburg's reported statement before her death on Friday that "My most fervent wish is that I will not be replaced until a new president is installed."

"That, of course, is not the standard," Cruz insisted. "Under the Constitution, members of the judiciary do not appoint their own successors."

© REUTERS / KEVIN LAMARQUE
Donald Trump Dares Nancy Pelosi To Impeach Him a Second Time For Filling SCOTUS Seat
“Justice Ginsburg would easily see through the legal sophistry of the argument of the junior senator from Texas,” Schumer replied, refusing to accept the amendment. “To turn Justice Ginsburg’s dying words against her is so, so beneath the dignity of this body.”

An acrimonious battle has already broken out over Republican plans to appoint Ginsburg's successor before the November 3 presidential election, which would ensure a 6-3 conservative majority on the Supreme Court bench.

Some commentators have urged Democratic candidate Joe Biden to increase the number of justices way above the traditional nine and stack it with liberals, as president Franklin Roosevelt planned to do in 1937. However, the Republican majority in the Senate would still be able to block those appointments at least until the mid-term elections.

Cruz said he was sad to see Democrats "embrace more and more dangerous and radical proposals, including trying to use brute political force to politicize the court,” and pointed out that Ginsburg herself opposed expanding the Supreme Court only last year.

“Nine seems to be a good number. It’s been that way for a long time,” she told NPR in July 2019 "I think it was a bad idea when President Franklin Roosevelt tried to pack the court."