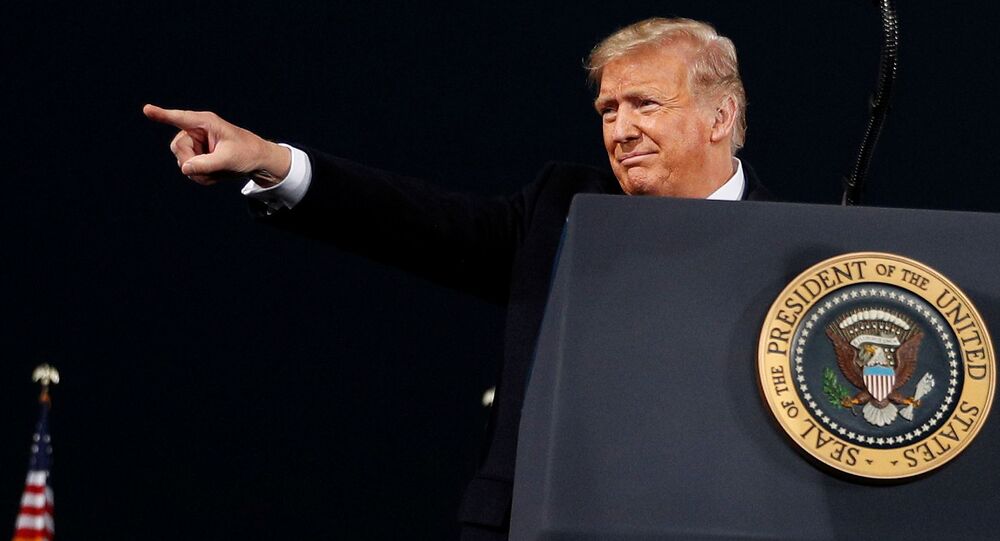 It is not the first time that US President Donald Trump has mocked his Democratic rival, Joe Biden, for wearing a mask during the ongoing coronavirus (COVID-19) pandemic. Earlier this month, speaking to supporters in Pennsylvania, Trump mockingly insisted that the former vice president likes to wear masks more than anyone he has ever seen.

US President Donald Trump on Tuesday mocked Democratic presidential nominee and former US vice president, Joe Biden, for wearing a mask amid the coronavirus pandemic, claiming that he is covering up plastic surgery.

“I mean, honestly, what the hell did he spend all that money on the plastic surgery [for] if he is going to cover it up?” quipped Trump, who has rarely been seen wearing a protective mask during the pandemic, while speaking to rally-goers in Pittsburgh, Pennsylvania. “Seriously — the whole deal!”

The Republican president suggested that Biden likes to wear masks whether he is surrounded by people or standing “100 yards from the nearest human being”.

“He comes up with a mask. He’s like 100 yards from the nearest human being,” Trump said. “I wonder in the debate. It will be him and I on the stage. Is he going to walk in with a mask? … The question is, will he leave it on during the debate?”

Trump claimed that he is personally “all for masks” where he considers them necessary, claiming that Biden wears a mask because it makes him “feel comfortable”.

“I’m all for masks when you need them,” the president stated. “But when you’re making a speech and the nearest person’s like where you are and you’re on a stage all by yourself? And then he had a habit of taking it off and it hangs down on his ear when he’s speaking. He feels comfortable. It makes him feel comfortable.”

Earlier this month, Trump mocked Biden’s mask during a rally near Latrobe, Pennsylvania, asking his supporters whether they had ever seen a man that loves masks as much as his Democratic rival.

“I’ve never seen a man that liked a mask,” Trump said. “Look, I’m all for it… wear your mask when you close together in particular and wash your hands and all those things, we have Labor Day weekend coming up. But did you ever see a man that likes a mask as much as him?”

On 4 October 2008, a Manhattan plastic surgeon told the New York Post that, in his opinion, the then-Democratic vice presidential running mate of Barack Obama appeared to have had some sort ‘Lateral Brow/Eyelid Lift’.

Trump and Biden are set to debate in the first of three nationally-televised and streamed events next week, ahead of the 3 November presidential election.