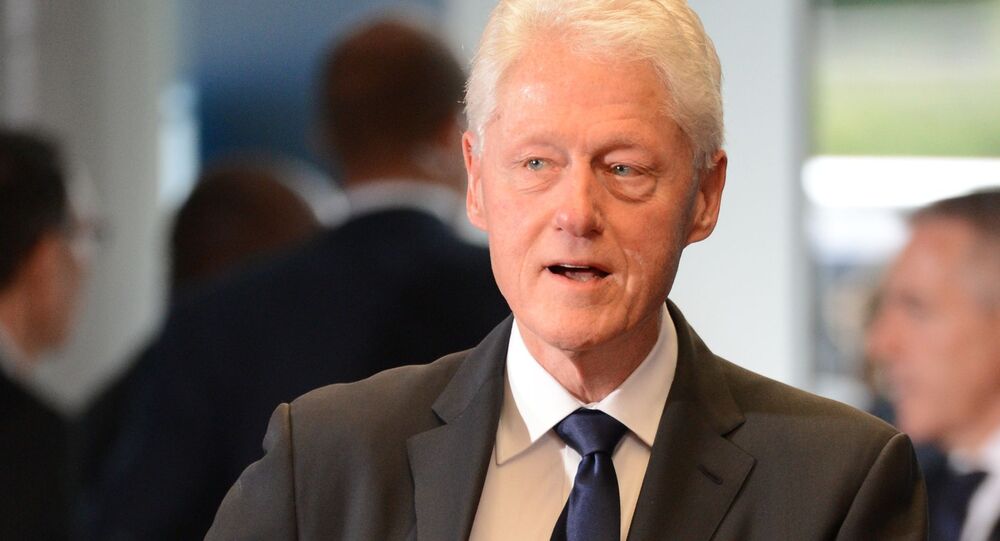 British socialite Ghislaine Maxwell, a close associate of a deceased pedophile Jeffrey Epstein, is currently detained in a Brooklyn jail facing six charges including sex trafficking and enticement of underage girls for Epstein.

Former US President Bill Clinton had a secret dinner that involved, among others, Jeffrey Epstein’s British pal, Ghislaine Maxwell, who is accused of trafficking teenage girls for the deceased sex offender, a Tuesday report by the Daily Beast claims, citing multiple sources.

According to the report, the “intimate dinner”, attended by the former president, Maxwell, and with her alleged husband, Scott Borgerson, and other associates, took place at a Los Angeles restaurant in February 2014, following a celebrity gala that month.

Clinton aides reportedly attempted to bar Maxwell’s invitation to that secret dinner, because of allegations of her involvement in Epstein’s sex-trafficking crimes, over which he was convicted and jailed in 2008.

“This is an intimate dinner with Clinton in LA,” one source, who was disturbed by the decision of inviting the now-accused sex-trafficker Maxwell, told the website. “Think of all the people he knows in LA, and Ghislaine gets to attend.”

A spokesperson for Clinton refused to comment on the Daily Beast report, pointing out, however, that according to a 2019 statement by Clinton’s team, he previously clarified he had no knowledge of the “terrible crimes” Epstein pleaded guilty to, nor the recent charges against him.

“President Clinton knows nothing about the terrible crimes Jeffrey Epstein pleaded guilty to in Florida some years ago, or those with which he has been recently charged in New York,” the statement read.

In July, Maxwell was arrested in New York and charged with trafficking teenage girls to convicted pedophile Epstein, who died in mysterious circumstances in a New York prison cell in August 2019 while awaiting trial over charges of trafficking underage girls for sexual purposes.