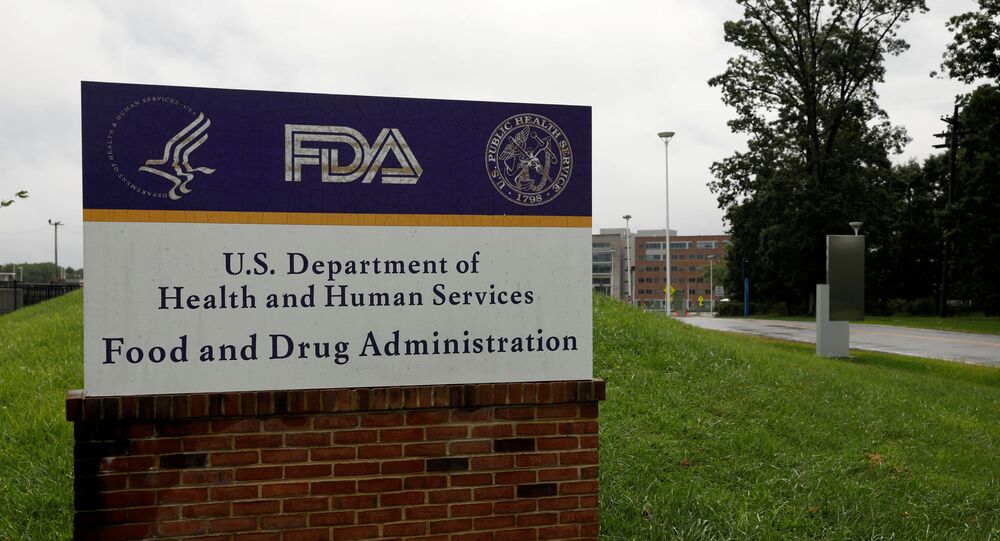 The Trump administration has been accused of interfering with federal agencies so as to shape coronavirus-related guidelines to fit with Trump's political agenda and put his COVID-19 response in a good light.

The US Food and Drug Administration (FDA) is expected to soon issue a new emergency coronavirus vaccine standard, which will be tougher, making it unlikely that a vaccine will be made available before the November election, the Washington Post reported, citing sources familiar with the matter.

According to the report, the FDA will ask those seeking to clear emergency authorization for a vaccine to follow trial participants for at least two months after they receive a second vaccine shot. It also said the agency is asking that trials identify at least 5 cases of severe COVID-19 in patients treated with a placebo.

The Post said that the reason behind the new FDA standard is to improve confidence in the agency, which could be undermined by allegations that the Trump administration is "curbing the federal agencies' independence". This, according to The Post, "may prompt Americans to reject any vaccine as rushed and potentially tainted".

Trump continued to praise his coronavirus response, predicting a vaccine would be available "soon". He accused the FDA of shielding what he referred to as a “deep state” that is, according to him, deliberately slowing approval of COVID-related treatments and vaccines.

According to The Post, Moderna and Pfizer began their trials on July 27, and took about a month to enroll 15,000 people, the halfway point for their planned enrollment of 30,000 people. The trials envisage participants getting their next vaccine shot either three of four weeks later, and it is unlikely that the companies will be able to finish the required trials before the election date.

Trump on Friday declared that by April 2021 there would be enough doses of a COVID-19 vaccine for every American.

Currently, only one vaccine against the COVID-19 coronavirus has been officially released in the world; the Russian-made Sputnik V developed by Gamaleya institure and the Russian Direct Investment Fund (RDIF). With at least 20 countries interested in obtaining it, the vaccine also received positive reviews from the regional director for Europe at the WHO, Hans Kluge, who thanked Moscow for its attempts at developing a "safe and effective" vaccine.

Millions of US Citizens May Have to Pay for COVID-19 Vaccine Despite Gov't Plans, Reports Say