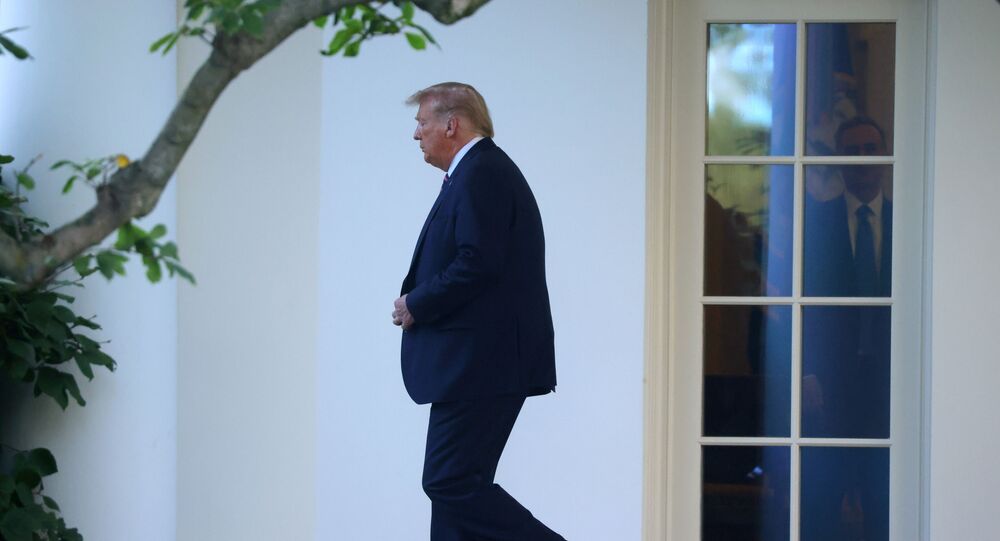 TORONTO (Sputnik) - A US judge entered a not guilty plea on behalf of a 53-year-old Canadian woman charged with making threats against President Donald Trump after her ricin-laced letter addressed to the White House was intercepted by the FBI.

The defendant, Pascale Cecile Veronique Ferrier, announced her intention on Tuesday not to hire a lawyer and was assigned a public defender by US Magistrate Judge Kenneth Schroeder, Jr.

The next hearing is set for 28 September at 2:00 p.m. local time, unless the legal counsel for the US government and Ferrier agree on an alternative, mutually acceptable date.

The defendant has asked for an identity hearing to confirm that she is the individual listed in the criminal complaint and a preliminary hearing to establish probable cause.

The US attorneys have asked that the 53-year-old Ferrier be held in custody, arguing that Ferrier is accused of a violent crime and is considered a flight risk.

The US authorities allege that Ferrier has also sent six letters to employees of penitentiaries and detention centers in Texas.

In the letters, Ferrier called Trump an "ugly clown tyrant" and said that she does not want her US extended family members to see Trump win a second four-year term in the upcoming presidential election.

All of the letters included the signature "FREE REBEL SPIRIT," alluded to the notes as a "special gift for you" and vowed to "find a better recipe" if the letters did not have their desired effect.

The FBI was also able to trace Facebook and Twitter postings, which included the hashtag "#killTrump," back to an email address bearing Ferrier’s name.

On Saturday, the US Federal Bureau of Investigation (FBI) said that an investigation was underway over a suspicious letter addressed to Trump. The package was reportedly intercepted earlier in the week and two tests were conducted, confirming the presence of the deadly poison ricin.

Ferrier was detained at the Peace Bridge Border Crossing in Buffalo, New York, on Sunday. She was found to be in possession of loaded firearms and a knife at the time of arrest.

Making threats against the US president carries a fine and potential prison term of up to five years.