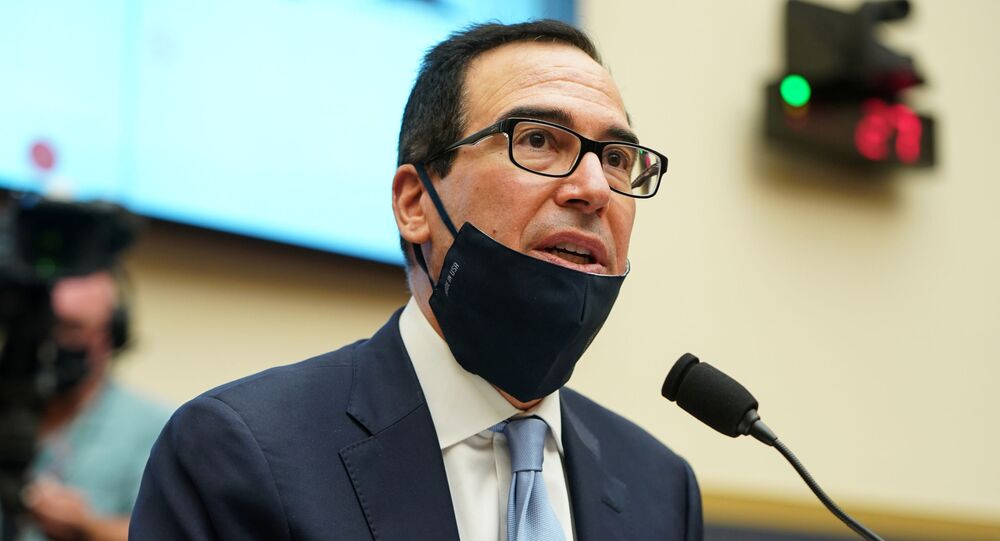 Treasury Secretary Steven Mnuchin was optimistic about the economic rebound from the COVID-19-nduced slump. But Federal Reserve Chairman Jerome H. Powell credited the $2.2 trillion stimulus passed in March for the recovery, and warned things could get worse without a second package.

US Treasury Secretary Steven Mnuchin has held out hope for a Congressional compromise on a second COVID-19 pandemic stimulus package.

“The president and I remain committed to providing support for American workers and businesses,” Mnuchin said. “I believe a targeted package is still needed, and the administration is ready to reach a bipartisan agreement.”

The treasury chief said President Donald Trump supported an extension of the Paycheck Protection Programme of loans to businesses to avoid laying off staff.

And he said the president backed redirecting $200 billion earmarked for Federal Reserve lending to medium-sized businesses to other programmes.

Powell acknowledged that most of the $600 billion for the 'Main Street Lending Program' had yet to be lent, with just 230 loans worth around $2 billion already made or in process.

Responding to a question from Democratic representative Maxine Waters on whether the programme could be expanded to help more firms, Mnuchin lemanted that "there's not much more we can do" and said he would rather Congress vote to "reallocate that money to better use.”

© REUTERS / SARAH SILBIGER
Pelosi Orders House to Sit Until New COVID-19 Stimulus Package Agreed
Mnuchin also hailed a "tremendous" economic recovery in the third quarter of the year, calling an unemployment rate of 8.4 per cent a "notable achievement" in light of his own prediction of up to 25 per cent joblessness.

But Powell noted that “a big part of the good economic news that we have had results from the fiscal support that came with the CARES Act,” warning that “we don’t really know what will happen” if Congress fails to pass a replacement.

The Democrat-controlled House of Representatives and the Republican-held Senate have been deadlocked over the HEROES Act. Republicans will not agree to $1 trillion in aid to city and state governments, while Democrats are blocking $200 billion in help for small businesses.