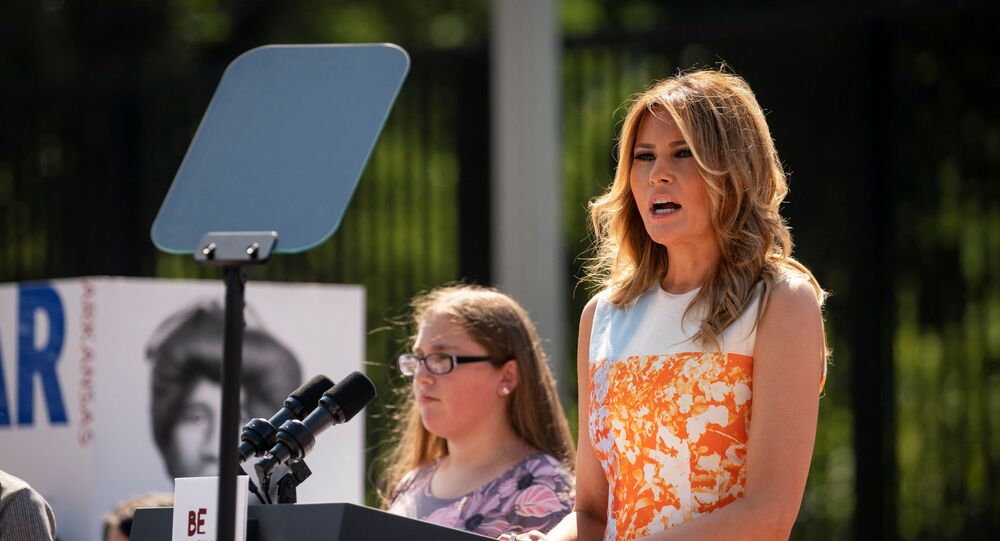 Donald Trump, as well as his former wife Ivana earlier both hailed their daughter Ivanka as a potential US president, saying she would make an efficient political leader, and now it appears Ivanka is not the only Trump family member to cherish the ambitious plans.

First daughter Ivanka met a cold dismissal from FLOTUS after she made it clear in the White House that she could one day assume the top role in the Oval Office, according to Stephanie Winston Wolkoff, former adviser and friend of Melania Trump. Wolkoff  recently said her friendship with Melania abruptly came to an end after POTUS’ inauguration in early 2017, which her event planning company was contracted to organise, later drawing a federal probe over allegedly misused funds.

“Melania would roll her eyes whenever she heard Ivanka ramble on about her grand plan on becoming America's first female president with Jared by her side,” a source connected to Ms. Wolkoff’s recent book “Melania & Me” shared with the Daily Mail, adding that Jared Kushner would likewise ultimately weigh in, touting his wife:

“She's got what it takes, she's a born leader, the people love her, look at her' and Melania would mumble 'no thank you',” the source said.

Ivanka appears to be not the only Trump who has revealed an ambitious goal of running for president. As the source put it, Melania also “had to deal with Donald Jr.’s conviction” that he too would follow in his Dad’s footsteps and aim to become the country’s Commander-in-Chief.

“Melania would discretely shake her head in disgust over these two running around the White House saying 'look at me, look at me' and acting like they were the ones in charge,” the Daily Mail was told, with the source claiming that while FLOTUS “strove for peace and order in her new home,” she couldn’t help but liken the White House to “an out-of-control circus thanks to its self-appointed co-ringleaders Ivanka and Don Jr.”

Takes From Explosive 'Melania & Me'

In one part of the now-publicised “Melania & Me”, the First Lady is revealed to view Ivanka and certain other Trump family members as “snakes,” with the author exemplifying the stance by outlining certain instances: when Ivanka cut ahead of the First Lady, speaking at press conferences and taking the floor at high-profile events where Mrs. Trump was not present.

“Melania lived in New York. She didn’t appear in public or release statements to the press. Her social media was quiet,” Melania’s ex-adviser depicted what was at the start of Trump’s term in an extract published by Town and Country magazine, recounting how Ivanka rushed to “fill the void of the ‘ating’ First Lady” by bombarding her social media audience with constant posts and “press releases galore” about her involvement with women’s issues, before Melania launched her landmark BeBest campaign.

Wolkoff, who used to be one of Melania's closest friends, shared the other day in an interview with 60 Minutes, that President Trump is preparing his elder daughter to become the next US president and Melania is “complicit” in the said ambitious plans, since she isn’t visibly “unhappy” about it.

Claiming that "[Melania] has succumbed" to her stepdaughter's ability “to squash her as the First Lady” in a bid  “to affect change”, the author, who published her explosive revelations last month, a very short while before the presidential polls, went on to suggest that Trump has already shown the world who he has picked for “branding” as a potential US president between the two ladies closest to him.

President Trump is known to have indeed lauded his daughter (currently a senior White House advisor) in public, arguing she would make a better president than Democratic vice-presidential nominee Kamala Harris.

“They're all saying, 'We want Ivanka'. I don't blame you,” he said in response to the crowd of people chanting for his daughter.

Ivana Trump, Ivanka’s mother and President Trump’s former wife, likewise views her daughter as capable of taking the senior government role.  “I think she could one day be the first girl, or woman, president. Definitely. She’s smart as hell. She’s beautiful. She’s au courant. And how much more can you have?” Ivana told  ITV’s Loose Women.