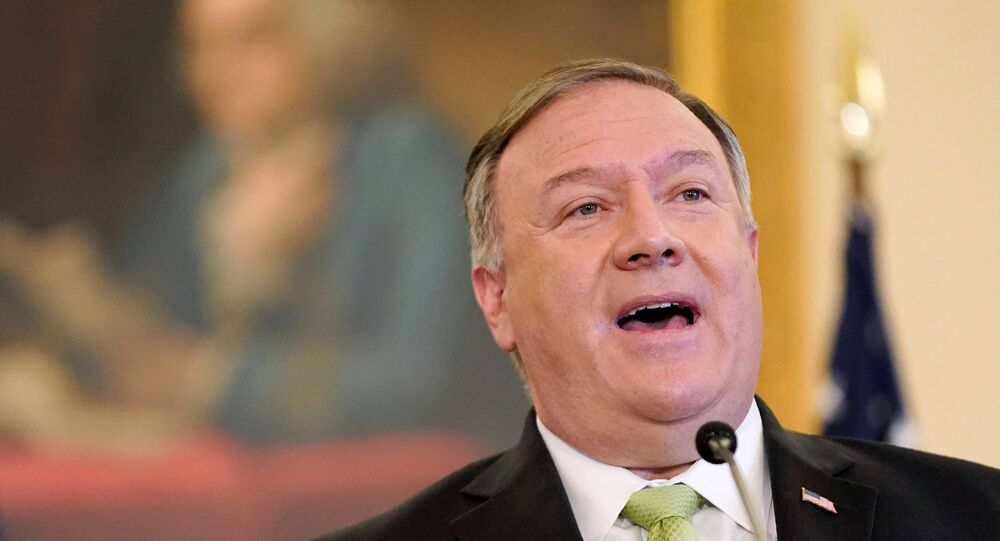 US Policy on Iran Unlikely to Change After November Vote, Pompeo Says

WASHINGTON (Sputnik) - US Secretary of State Mike Pompeo says he hopes Washington will continue with its current policy on Iran regardless of the outcome of the November presidential elections.

"... there is enormous bipartisan support for what it is the Trump administration has done. In fact, it’s been maybe five or six weeks now I received a letter from hundreds of members of Congress across every part of the American political spectrum, all of whom demanded that the United States act in a way that would not allow Iran to have the capacity to buy and sell weapons. We’ve now done that. And so I think there’s enormous support in both parties," Pompeo said in an interview with The Media Line released by the US State Department on Monday.

Pompeo claimed that EU countries such as France, Germany and the United Kingdom are satisfied with the US policy on Iran even if they do not want to publicly admit it.

"I hope that if the President – if President Trump is not re-elected, that the team that comes in under Vice President Biden would come to understand the threat the same way that we do and would continue to make sure that America and Israel were safe," Pompeo said.

Speaking to his supporters in Dayton, Ohio on Monday, US President Donald Trump said that the US wants Iran to be a strong country but does not want it to have nuclear weapons.

On Monday, Trump signed an executive order greenlighting severe economic penalties on foreign nations, corporations and individuals that violate the UN arms embargo on Tehran. The Trump administration also announced on Monday new sanctions and export control measures on 27 entities and individuals connected to "Iran’s proliferation networks," among them nuclear scientists and a logistic branch of the Iranian military.

Washington said that it would enforce the reinstatement of international anti-Iranian sanctions, despite no backing for it at the United Nations Security Council (UNSC).

The international conventional arms embargo is set to expire next month after the UNSC rejected a US proposal to prolong it. Now the US considers it in place indefinitely after it initiated the snapback sanctions mechanism of the Iranian nuclear agreement. Other key council members, including Russia and European nations, rejected the move, claiming that the Americans lost legal rights for it after they left the JCPOA deal with Iran in 2018.

Pompeo said on Saturday that the US would continue its "maximum pressure campaign" against Iran until a comprehensive agreement is reached.