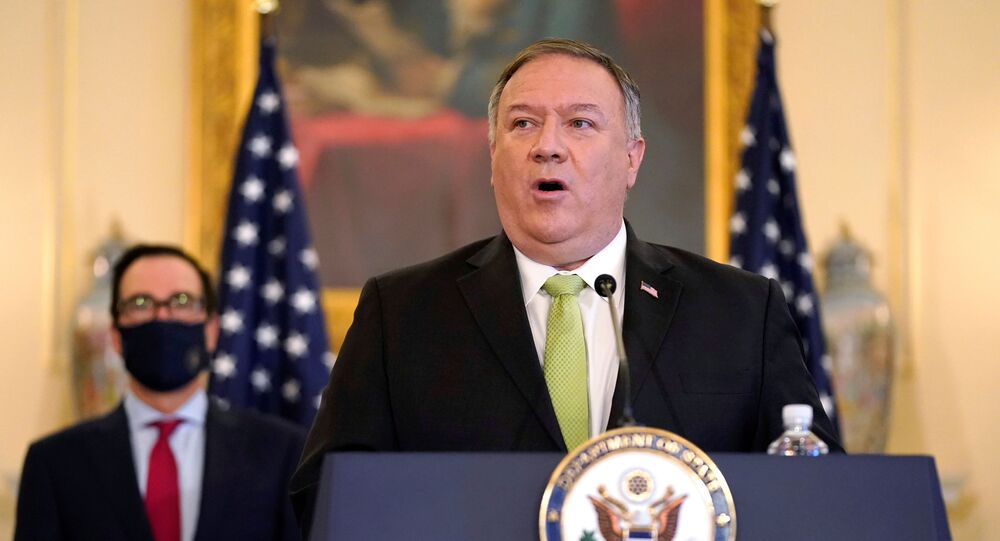 WASHINGTON (Sputnik) - The United States is building a coalition against the Nord Stream 2 natural gas pipeline, US Secretary of State Mike Pompeo said in an interview.

“We hope that the Nord Stream 2 pipeline won’t be completed.  We’re working to make sure we build out a coalition that prevents that from happening,” Pompeo told Bild on Monday.

The United States has opposed the natural gas pipeline since its inception, arguing that it would lead to a European overdependence on Russian gas and thus pose a risk to European security.

The US campaign against Nord Stream 2 intensified after the alleged poisoning of Russian opposition blogger Alexei Navalny, prompting US officials to threaten sanctions against the pipeline and affiliated parties.

Pompeo expressed a desire to see the German government adopt the US position on Nord Stream 2 either because of Navalny or the “real security implications” of dependence on Russian gas.

However, Pompeo declined to give an opinion on whether Nord Stream 2 would eventually be launched.

In an interview with Sputnik, German lawmakers said the United States may be exploiting Navalny’s alleged poisoning to pressure Germany into halting the Nord Stream 2 project.

A number of politicians in Germany and the European Union have recently voiced calls to suspend or even end the Nord Stream 2 project Because of the alleged poisoning.

German Chancellor Angela Merkel said that the issues of Nord Stream 2 and the incident with Navalny should be considered separately.

The Nord Stream 2 project consists of a 745-mile-long twin pipeline that will carry up to 55 billion cubic meters (1.942 trillion cubic feet) of gas per year from Russia to Germany, passing through the territorial waters or exclusive economic zones of Denmark, Finland, Germany, Russia and Sweden.

The pipeline is said would provide a major cost benefit to the German energy market with natural gas being delivered directly without any intermediaries.