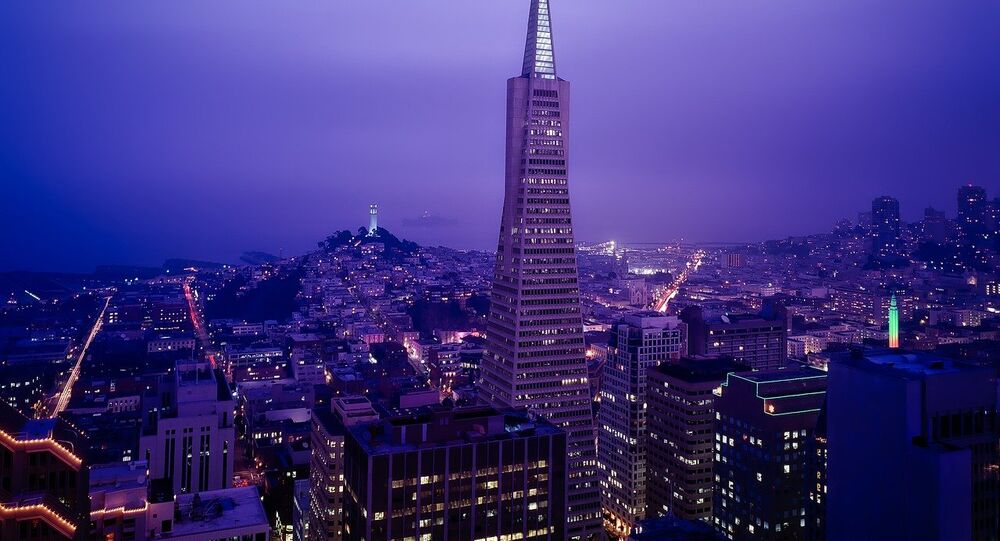 San Francisco may become the first city to set a new trend of voting at the age of 16 and 17. While some San Franciscans believe the measure is justified and is likely to make voting a habit from an early age, others warn against burdening teenagers with decisions they are too young to make.

In November, San Franciscans will cast their ballots to determine whether 16 and 17-year-old teens can be allowed to vote in local elections. A similar measure was put forward in the city in 2016 but failed narrowly, with 48% of the vote in favour versus 52% against lowering the age.

The proponents of the initiative argue that teenagers are allowed to drive cars, get jobs, and pay taxes on their income, which require "cold cognition", i.e. a logical and emotionally neutral decision-making process. Along with civic knowledge and political interest, this cognitive ability could help teens vote for their future, say Vote 16 SF activists, stressing that the measure can also lead to a long-term increase in voter turnout and civic engagement. However, sceptics believe that lowering the voting age is not a good idea since 16 and 17-year-olds are not politically mature enough to take part in elections.

"The proposal to lower the voting age to 16 in local elections makes sense", believes Anthony Robert Pahnke, professor of international relations at San Francisco State University. "Those in favour think that a lower voting age will create a culture of voting by getting younger people involved earlier. Younger people also have disposable income as they are entering the workforce at around 16, and so are paying taxes. It is also likely to have minimal impact on local expenses".

The aforementioned factors could pave the way for the measure being considered in other cities around the country, the academic foresees.

Given that in 2016 the initiative failed by a really narrow margin, one might expect that it is likely to pass this time, "especially as one driving factor pushing people to the polls is concern over democratic institutions, which may lead people to see lowering the voting age as a way to enfranchise more people", Pahnke suggests.

However, San Franciscan politician and political commentator Richie Greenberg holds an opposite stance, insisting that the Golden City's residents should "reject this proposition overwhelmingly as being a non-serious question on this coming Election Day".

"Legality, of course, refers to the fact that 16-year-olds and 17-year-olds are still children in the eyes of the law, and are incapable of experiencing and performing many tasks which teach us responsibility as adults", the politician highlights. "Children cannot sign a contract, apply for a credit card, purchase a car, rent a car, buy a house, own a business, and many examples more. How can we let teens vote on approving such serious issues as property taxes, business regulations, control and taxation of marijuana, and changes to city government operations? The concept of children voting is absurd".

The political commentator does not buy into the argument of Vote 16 SF activists who deem that cold cognition matures by 16:

"Most argue that cognitive functions, rational decision-making and serious consideration given to issues doesn't happen until the brain is fully developed, often not until a person is in the mid-20's", Greenberg notes. "Before this, irrational, knee-jerk responses are the norm".

Besides this, teens don't know the concept of compromise, of reaching common ground, the politician emphasises.

However, if American teenagers do want to participate in the country's political life, they can start out with school elections as well as volunteer with local candidates for office, according to Greenberg.

"They can research who's running, find the candidate who's message they believe in, and celebrate with their team on Election Day, should their candidate win", he highlights.

One might ask as to whether there is really any need to rethink the voting age. According to the political commentator, "the apparent motivation behind allowing 16 and 17-year-olds to vote is purely political, in that it is assumed these teens, being indoctrinated in school, by social justice influencers online and through peer pressure, are going to vote with left-wing candidates".

"Growing evidence shows children are negatively affected by social justice activism in schools, propagated by teachers and their course curriculum, through homework assignments and tests", Greenberg presumes. "Teachers have influenced children by bringing their students to political protests, and teaching of altered historical timelines and backgrounds of national figures current and past".

To make matters worse, social media is "similarly pushing a very controlled message to youth" with "opposing viewpoints being censored", he adds.

... and/or Funding, which will be taken away if this Propaganda or Act Against Public Policy continues. Our children must be Educated, not Indoctrinated!

​The politician echoes Donald Trump, who has repeatedly lashed out at what he called "left-wing indoctrination" in schools: “The left-wing rioting and mayhem are the direct result of decades of left-wing indoctrination in our schools. It's gone on far too long”, Trump remarked at the White House Conference on American History on 17 September.

San Francisco is a Trend-Setter

Meanwhile, the trend of lowering the voting age is being discussed in other left-leaning Democrats-controlled cities. According to Vote16USA, lawmakers from 13 states have introduced bills to let 16 and 17-year-olds take part in federal or local elections.

"There already are other areas examining this idea, in left-wing Democrat controlled cities of course", Greenberg notes. "There is a saying: 'What happens in San Francisco, so goes the country'. This means we are often the trend-setters".

While the politician expresses hope that "local voters [in San Francisco] will act with a sound, rational mind and reject this proposition G", he admits that "this will depend on how many left-wing and progressive voters come out to vote this time".

"It appears there is an intense effort to get every vote counted, as we obviously have a crucial presidential election this November", he remarks. "It's tied to state elections and ballot propositions, and local city elections and propositions. The marketing and promotion of candidates and propositions is starting to intensify now, so we will see".