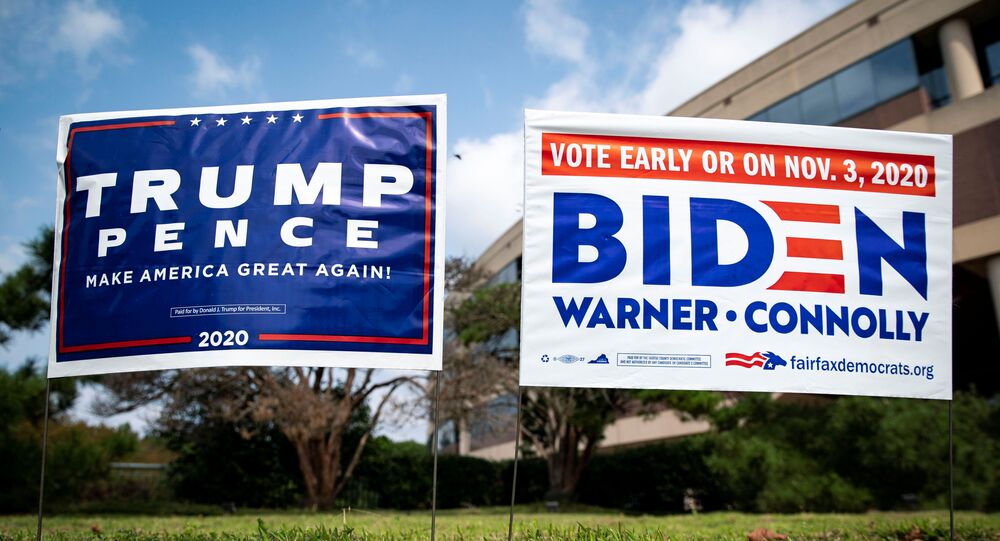 Biden Has $141Mln More in Campaign Cash Than Trump as of August, Reports Suggest

MOSCOW (Sputnik) - US Democratic presidential candidate Joe Biden's campaign cash amounted to $466 million by the end of August, which is $141 million more than that of President Donald Trump, the Wall Street Journal (WSJ) newspaper reported.

According to the WSJ, Biden's campaign figure was disclosed by a senior official on Sunday.

Trump's campaign spokesman, Tim Murtaugh, wrote on Twitter this weekend that the team had raised a total of $325 million.

45 days out, @TeamTrump is in strong position.

Enthusiasm is with Trump. Biden excites no one.

​Biden was initially outraised by Trump, as the president began raising funds for his reelection campaign as early as back in January 2017. In early 2020, he already had over $100 million. Meanwhile, Biden's fundraising campaign did not begin making up ground until April.

According to data from political ad tracker Kantar/CMAG, since early August, Biden's campaign has also outpaced Trump's in spending on TV advertising in US swing states, the newspaper reported, adding that the former may also benefit this month from numerous donations to Democratic causes following the death of Supreme Court Justice Ruth Bader Ginsburg.