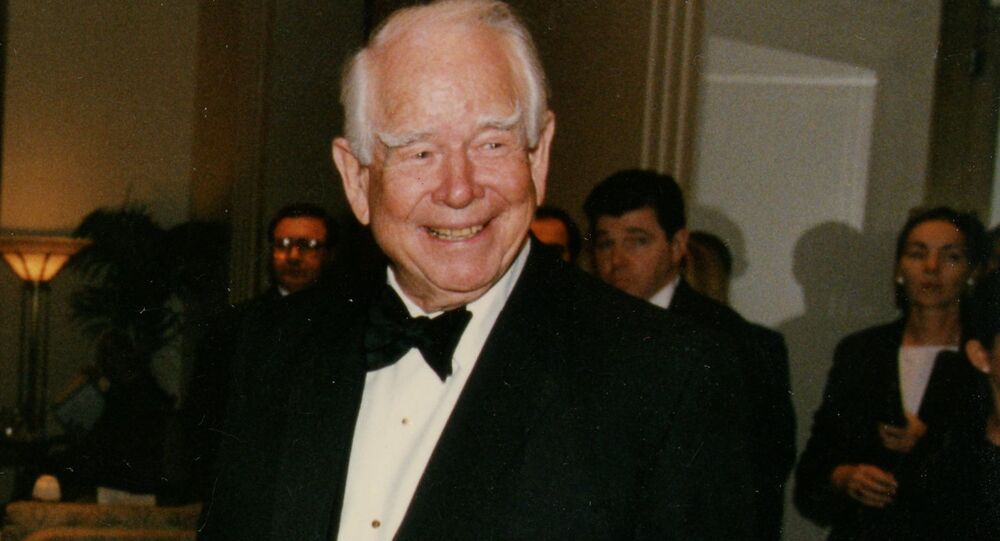 MOSCOW (Sputnik) - Donald Kendall, who headed the US food and beverage corporation PepsiCo in 1971-1986, has died at the age of 99, the company announced in a tribute statement to its former CEO.

"All of us at PepsiCo are devastated by the passing of Don Kendall. Don was the architect of the PepsiCo family. He was relentless about growing our business, a fearless leader, and the ultimate salesman. He believed in business as a way to build bridges between cultures, laying the foundation of our commitment to Winning with Purpose and defining the values that we refer to today as The PepsiCo Way", the company's statement read.

The consumer giant added that although Kendall retired from his post in 1986, he continued to participate in the management of the corporation, having dedicated a total of 39 years to it.

It is with the heaviest of hearts that we announce the passing of former PepsiCo CEO Don Kendall. He lived an extraordinary life and led our company through extraordinary changes. He was the man who made PepsiCo, PepsiCo, and we will miss him dearly. https://t.co/wiSeQplIXZ pic.twitter.com/9PoL1v277x

​The former CEO enjoyed the friendship of US President Richard Nixon, who made Pepsi "the first U.S. consumer product to be made and sold in Russia" after attending the American National Exhibition in Moscow in 1959 and having then-USSR leader Nikita Khrushchev taste the beverage.

The PepsiCo company was created in 1965 with the merger of the Pepsi-Cola Company and Frito-Lay, Inc. Since then, it has expanded its products range from the Pepsi beverage to a variety of other food and beverage brands, the largest of which is Tropicana Products.

The company expanded its production to the Soviet Union first in 1959, and then negotiated a cola monopoly in 1972.