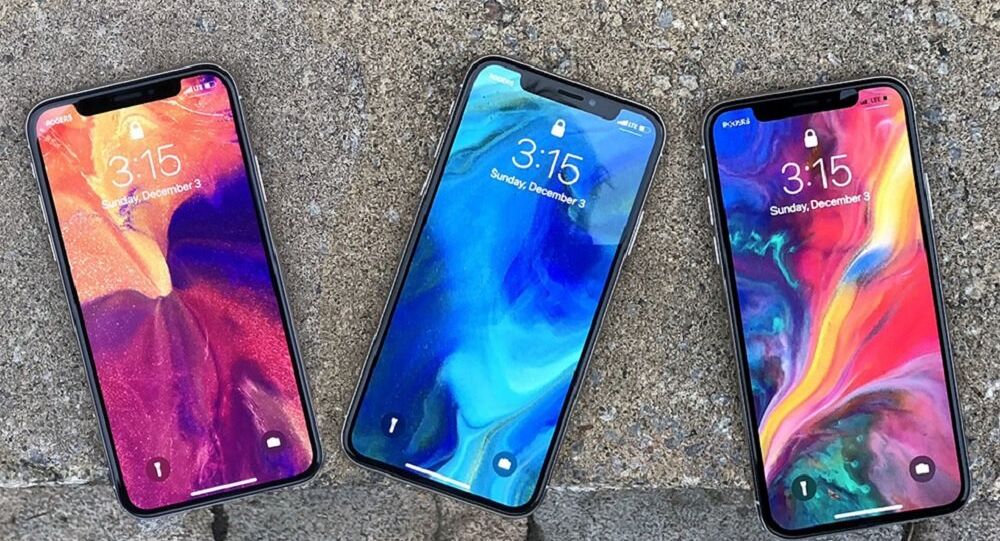 Last year, IG Horowitz found no evidence of bias in the FBI probe of the Trump campaign. However, it has turned out that over a dozen phones belonging to Special Counsel Mueller's team had been wiped before being handed to the IG office. Wall Street analyst Charles Ortel says that the case should be urgently probed by nonpartisan prosecutors.

On 11 September, Wisconsin Sen. Ron Johnson, the chairman of the Senate Committee on Homeland Security and Governmental Affairs, called upon Department of Justice Inspector General Michael Horowitz to open an investigation into the Robert Mueller team for having "accidentally" wiped their phones.

Records released by the DoJ in response to Judicial Watch's Freedom of Information Act (FOIA) request indicated that at least 15 mobile devices belonging to members of Mueller's Trump-Russia probe had been wiped of data before being handed over to IG Horowitz's team, which investigated Crossfire Hurricane's potential anti-Trump bias from March 2018 until December 2019. The DoJ records cite forgotten passwords, irreversible screen damage or missing hardware among the reasons behind the loss of data. In his letter, Senator Johnson asked Horowitz when the IG Office was made aware of this matter and whether there is the capability to retrieve the information from these phones. He urged the inspector general to provide a response "no later than September 18, 2020."

"Americans are not stupid", says Wall Street analyst and investigative journalist Charles Ortel, who doubts that at least 15 phones belonging to Mueller's associates were wiped by mistake. "Across the political system people are sick of watching governments prosecute political enemies but protect political allies."

Netizens have also thrown the apparent coincidence into doubt: a Twitter user named Techno Fog suggested that it seems dubious that Andrew Weissmann, a top member of Robert Mueller's special counsel team, abruptly forgot his password after using the device for months. Furthermore, it appears that Weissmann erased his phone twice.

Weissmann uses a phone for months then forgets the passcode?🤔 https://t.co/QTdfY0YvYN pic.twitter.com/qJY9h9nBsk

​"It's worse than that", echoed another social media user, Hans Mahncke. "According to Apple's Security Guide, it would've taken Andrew Weissmann a minimum of 1 hour and 36 minutes to 'accidentally' wipe his phone."

"At least 27 phones used by the Mueller team were wiped before they could be checked for records", highlighted Epoch Times reporter Ivan Pentchoukov after looking through DoJ records. "Some phones just wiped themselves, in other cases there was mass password amnesia that required resets."

In addition to the at least 27 wiped phones, 8 phones used by members of the Mueller team were returned to the OCIO before they could be checked for records, in violation of special counsel procedures.

All eight were wiped and reassigned.

​A formal criminal inquiry is urgently required, not by an inspector general but by nonpartisan prosecutors and investigators who must follow this all the way to its leaders and funders, according to Ortel.

"The wipings are bold yet amateurish", he notes. "Communications using these devices likely have already been obtained from service providers or by other means."

The analyst does not rule out that US Attorney John Durham, who is currently conducting a separate inquiry into the handling of Crossfire Hurricane, "has already done so". "If he has not, then more resources are required", the analyst remarks.

Hillary Clinton "Acid-Washed" Her Emails Too

President Trump reacted harshly to the DoJ's recent disclosure: "So now we find out that the entire Mueller 'hit squad' illegally wiped their phones clean just prior to the investigation of them, all using the same really dumb reason for this 'accident', just like Crooked Hillary smashing her phones with a hammer and deleting her emails!" he tweeted.

Ortel agrees that there is a striking resemblance between the two incidents, referring to Hillary Clinton's "emailgate" scandal which shed light on the former secretary of state's mishandling of classified government information and storing it on unprotected private servers.

"With Hillary, Mueller and missing George W. Bush administration emails, we have too many convenient accidents, for which ordinary Americans might be aggressively prosecuted", the analyst points out.

According to him, the "Trump-Russia" probe was specifically aimed at diverting the public attention from the misdeeds of previous administrations, in particular, The Clinton Foundation, which Ortel considers one of the largest unprosecuted frauds ever.

"From the outset, [then Attorney General] Jeff Sessions should not have recused himself, nor should [then Deputy Attorney General] Rod Rosenstein had any role in overseeing an investigation into the firing of [ex-FBI chief] James Comey and potential interference by Russia during the 2015/2016 election", the investigative journalist suggests. "Each of the investigators had massive, disqualifying conflicts of interest. Mueller, Comey, and Rosenstein each at critical stages between 2001 and 2004 were involved in a miserably 'botched' investigation of the 'Clinton Foundation' that failed to spot and prosecute obvious fraud and corruption."

Ortel believes that they must have known that President Trump "posed potential threats to their personal freedom", so "they plotted against him".

If Trump is Re-Elected, Americans Will Learn the Truth

John Durham may shed light on the story of an allegedly cooked-up "Trump-Russia" probe by 21 September, the Wall Street analyst presumes.

"If indictments, plea agreements or a report are looming, chances are that a wide circle is aware of details that the larger world definitely wants to absorb", he says. "Based on my ongoing review of public records, I believe many people should be prosecuted, jailed and fined to set a clear example that using government resources to interfere in and after elections is a serious set of crimes."

Ortel foresees that if Trump stays on course to be re-elected, Americans "will learn much more of the truth, possibly even before 3 November 2020".

"On the other hand, if Joe Biden somehow wins, the full extent of the truth will certainly be buried", he concludes.