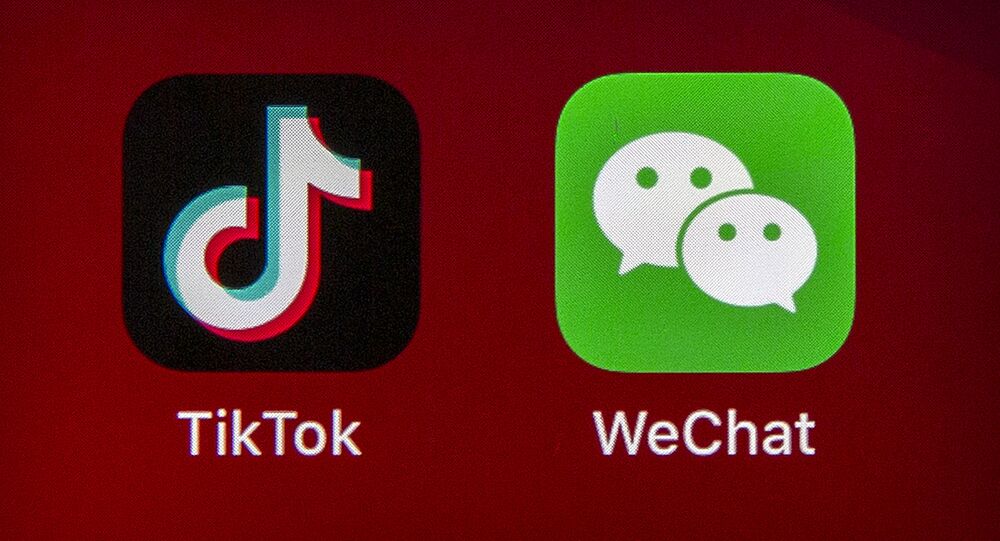 Americans Will be Banned From Installing TikTok Starting 20 September

The Trump administration has launched a war against a highly-popular video-sharing app, TikTok, this year, citing concerns about possible breaches of its users' security.

TikTok criticised the US decision to prohibit American users to download the app in relation to national security concerns - the accusations it dismissed - calling the order "unjust" and vowing to challenge it.

The United States will ban its citizens from downloading the Chinese-owned app TikTok, as well as WeChat, from 20 September. The new rules were published on the US Department of Commerce website on Friday.

"The Chinese Communist Party has demonstrated the means and motives to use these apps to threaten the national security, foreign policy, and the economy of the US," the department said, maintaining that the new prohibitions would provide greater protection to American users by "eliminating access to these applications and significantly reducing their functionality".

Reuters earlier reported, citing three officials who have asked to remain anonymous, that Washington will order Apple, Google and other companies to remove these apps from their platforms that can be accessed within the country. However, the companies are said to not be prevented from offering TikTok or WeChat to users elsewhere through Alphabet Inc’s Google Play and Apple Inc’s app store. Thus, US companies outside the country would also not be banned from using the apps.

Current TikTok and WeChat users will not be prevented from using the apps, the officials reportedly said, however they won't be able to install new updates.

It is said that US President Donald Trump could still revoke the purported ban before it comes into effect.

Trump earlier suggested that he would ban the highly-popular app, owned by China's ByteDance, but later approved a 45-day window for the company to agree on selling its product to Microsoft or  Oracle. The Commerce Department was given this period to define transactions from the apps that could potentially pose a national security threat to the United States, something long-maintained by Trump administration but rejected by the companies which run the apps. This deadline is set to expire on Sunday.

ByteDance has been in talks with Microsoft over selling TikTok's US-based operations to the software giant. However, Microsoft revealed on Sunday that the bargain will not be happening, as announced by ByteDance. The Chinese company was also reportedly discussing with Oracle Corp the potential creation of a new company, TikTok Global, to avoid the US ban, according to Reuters.

Commerce Secretary Wilbur Ross said that the prohibition on transactions proves "once again that President Trump will do everything in his power to guarantee our national security and protect Americans from the threats of the Chinese Communist Party".

He added that the department has "taken significant action to combat China’s malicious collection of American citizens’ personal data, while promoting our national values, democratic rules-based norms, and aggressive enforcement of US laws and regulations”.

According to estimates, TikTok has been downloaded over 175 million times in the United States alone, and now has over 100 million active users in the country.