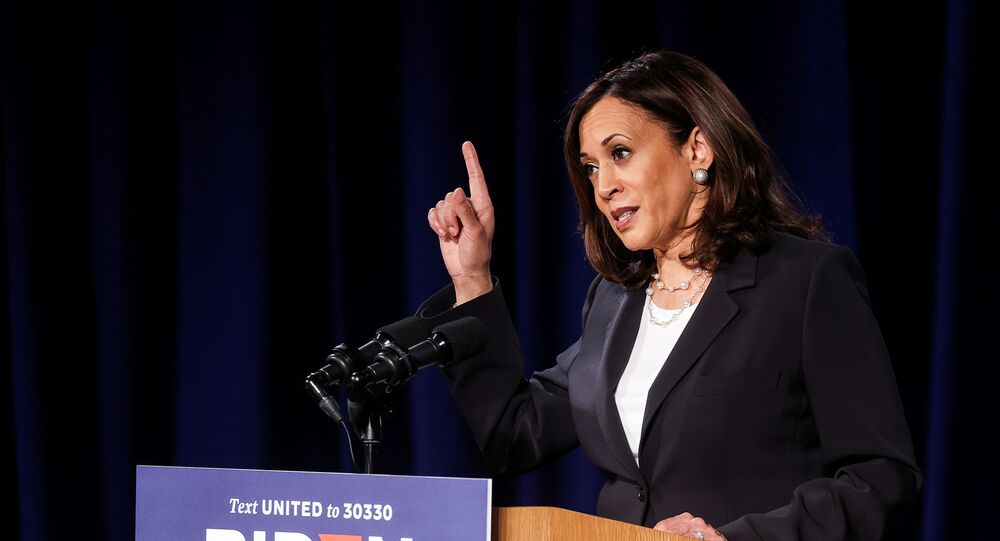 Wildfires across California, Washington state and Oregon have destroyed a record amount of acreage, with at least 34 people dying in the blaze, as tens of thousands of people have been evacuated and displaced, and thousands of homes destroyed.

Democratic presidential candidate Joe Biden's running mate, Kamala Harris, has come under a barrage of criticism after a California family whose home was destroyed in the state’s raging wildfires accused her of trespassing on their property for a photo-op.

The vice presidential hopeful had posed for pictures alongside California Governor Gavin Newsom as they ostensibly surveyed damage caused by the blaze in the town of Auberry, near Fresno. Harris then tweeted a photo of herself with Newsom.

Spent time surveying a burn site with @GavinNewsom in an area that has been devastated by the recent wildfires in California. I’m incredibly grateful for the courage of our brave firefighters and those who have come near and far to help those fleeing the destruction. pic.twitter.com/EHSUPgkOsl

​After first inspecting Pine Ridge elementary school during the 15 September trip, the politicians had crossed the street to the destroyed home of the Patten family.

Harris described the devastated neighbourhood’s remaining chimneys as “tombstones” in a photo-op that went viral and upset the homeowners.

The son of the homeowners, Trampas Patten, tore into Sen Harris for venturing onto their property without permission, while they themselves have not yet been allowed back to survey the damage.

“For the friends of mine that don’t recognise the fireplace in the background, that is what is left of my parents house!” Patten wrote on Facebook.

After the blaze, the homeowners had not yet been allowed on their property, with the indignant homeowners’ son wondering at the nerve of the politicians, who “felt the need to go traipsing around my parents property without permission”.

The home in question remains under an evacuation order, with residents not yet allowed to return by officials.
Patten’s sister, Bailee Patten, was quoted by FOX26 as sharing her sadness upon seeing the family’s destroyed home for the first time on social media.

“When we saw those photos, it was – there aren't words, because it's like, we haven't even seen our house… Instead, we're having to watch it play out on social media and news.” said Patten.

Netizens similarly riled at the insensitive actions of the politicians.

On someone else’s property, without permission, showing their burned out home which they have not been able to go and see what if anything remains or is salvageable.

That’s what is important during a fire. Get a good photo

Should have least gotten your boots dirty, for the Photo Shoot ,
LOL

There's video showing them finding the best spot to stand with their camera crew - all the while trespassing on private property w/out permission, where the owners had to witness the damage to their home from his stunt b/c they're not allowed to visit the property yet.

Others on social media, however, chimed in to applaud Kamala Harris, the vice-presidential hopeful, for being on the “forefront of the issue”.

We are choking on the smoke filled-air up here in the PacNW. I cant open my doors or windows or go outside for past 7 days and we wont have relief for who knows how long, and we are the lucky ones.

Thank you, Kamala for being on the forefront of this issue.

This woman is a bad ass! She’s geared up to dig in her heels ready to fight for Americans