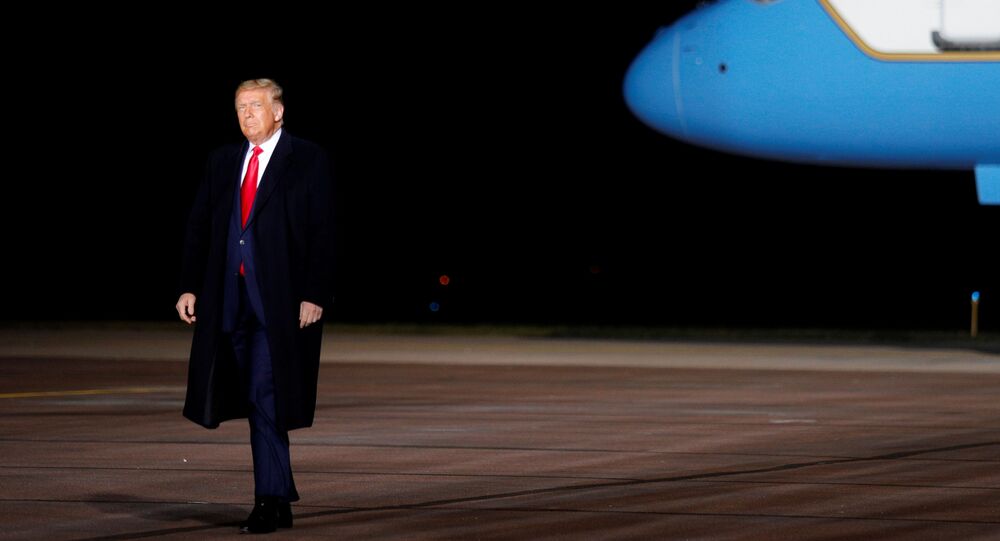 'Imaginary Friends?': Trump Admits Losing All Pals Since His Presidency

Four years in office have apparently been toxic for Donald Trump’s social life, which at one point, decades ago, was a wild roller-coaster ride.

Speaking at a Wisconsin rally on Thursday, US President Trump lamented to the crowd about losing all his friends after making it to the White House, as, according to POTUS, his old mates apparently can’t feel relaxed next to him anymore and even refer to him only as “Mr President”.

“I lost all my friends,” Trump said during his address, noting that it was “respect for the office” that apparently made it so difficult for him and his pals to maintain a friendship.

Now, the President admitted, he had to “rely on people in Congress to be my friends”.

Some may wonder whether he was referring to his intense “friendship” with House Speaker Nancy Pelosi though.

Trump rants about how he lost all of his friends & no longer goes to dinner with people, where he'd have discussions about "you don't want to know what we talked about. It was none of your business." He then says "the people I like the best are the people who are less successful" pic.twitter.com/DDKYj2cFXf

Prior to this bitter remark, Trump also admitted that despite knowing “a lot of important people” he still preferred to hang out with those who were lower on the totem pole.

“Actually the people I like the best are the people that are less successful cause it makes you feel so powerful, I am always saying ‘never go out with a successful person’ you understand,” America’s Commander-in-Chief told his supporters.

As Trump’s comments were cheered by the offline crowd, many social media users immediately rushed to scrutinise them.

“Trump had friends? Not hangers on or staff but friends?” one Twitter user asked.

“He basically just told anyone who’s dined with him that they aren’t very successful,” another person noted.

Trump made his imaginary friends call him Mr. President Sir? And Trump's imagination then imagined they dumped Trump?

He's never had real friends. All he talks about is himself.

That’s like every other “sir” story. False. He does not have any friends nor any family members who care about him. If he did, they’d have pulled him from office long ago.

But notwithstanding a large number of sharp rebukes that followed his revelation, it should be admitted that Donald Trump once had a formidable career on television with his highly successful show “The Apprentice”, as well as a large circle of business partners, so it’s not entirely impossible that his social life was once indeed more boiling than it is now.